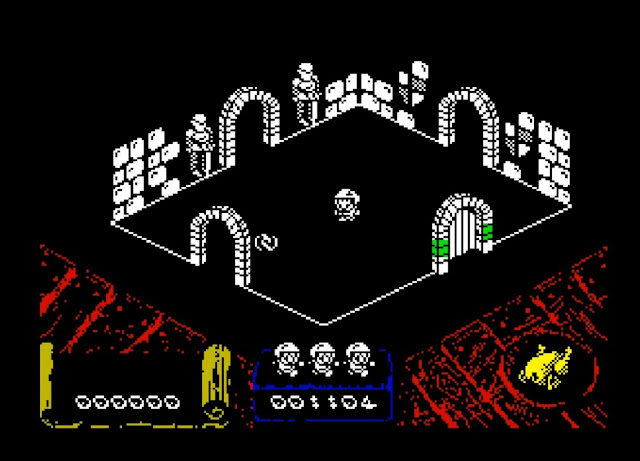 This week has been one of those weeks...The site computer all but keels over, the weather isn't that great and headaches are getting in the way! Oh well at least there's good news for this evening, as we've been told by Saberman that Climacus and Errazking's Atic Atac inspired remake of ' Tiki Taca ', is available to play right now on your ZX Spectrum via the ZX DEV MIA Remakes competition.


Ultimate Play the Game released many incredible titles in the 80's, games such as Knightlore, Jetpac, Sabre Wulf and Gunfright to name but a few. But today's news is something special for fans of Ultimate Play the Game, as their top down arcade adventure game ' Atic Atac ' released in 83, has now got another inspired remake that can be played thanks to Climacus and Errazking. Do note however there is another version in the works by a different team which is of much higher quality but that is coming to PC and ZX Spectrum Next.