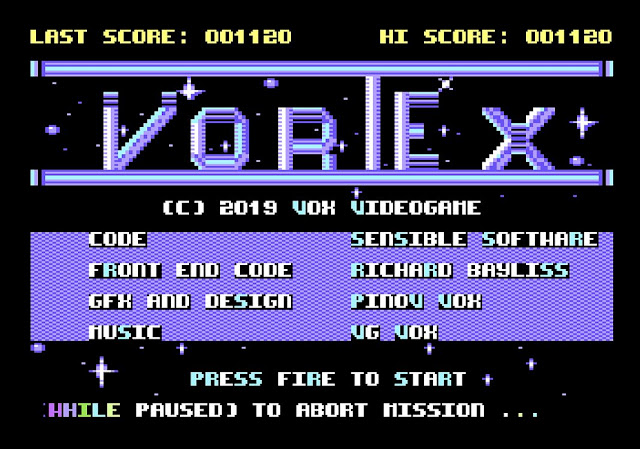 Trawling through the latest SEUCK Compo 2019 enteries looking for a decent C64 game to play, and one that stood out in the crowd was Pinov Vox's new C64 Shoot em up ' Vortex '. This game as the 9th entry in the competition which is a vertical scrolling shooter, is a new game that uses the developers unreleased SEUCK + Charpad front end framework, that will hopefully show the quality of the game in this latest offering.


According to the write up on the TND website, your cruiser has been attacked by aliens and things are about to get worse. The alien empire have sent in their battle cruisers, through the vortex of space. They want to invade your home planet. It is up to you as the captain, to fight off those aliens and take over their final base! - The game features smooth scrolling, plenty of blasting action, a high difficulty level, and a bonus game by By Martin Piper and Richard Bayliss via the tape loader!