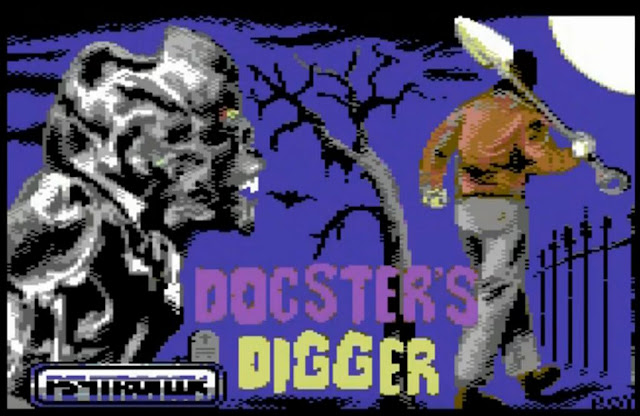 During this weekend as noted by our main write up on Friday, Psytronik Software had released a brand new C64 game by Megastyle called ' Mancave '; a game which follows the hilarious adventures of Richard Morningwood who has the unfortunate task of gathering up the pages of some rather naughty magazines that have been nabbed from his secret stash by his pesky kids. Well if you were fortunate enough to purchase this great C64 game, you'll be interested to know the game also contained a bonus in the form of another game called ' Docster's Digger '.


Yes indeed two games for the price of one in this glorious package from Psytronik Software and Megastyle. As in the Arcade game of Docster's Digger, you must put a stop to the evil genie Khezam who is intent of building an ARMY OF THE DEAD to conquer the Earth. Watch as he flies across in his flying carpet bombing holes in the ground to unlease a blood thirsty viking warrior and fill these bombed holes as the gravekeeper Docster to put a stop to his evil plans.