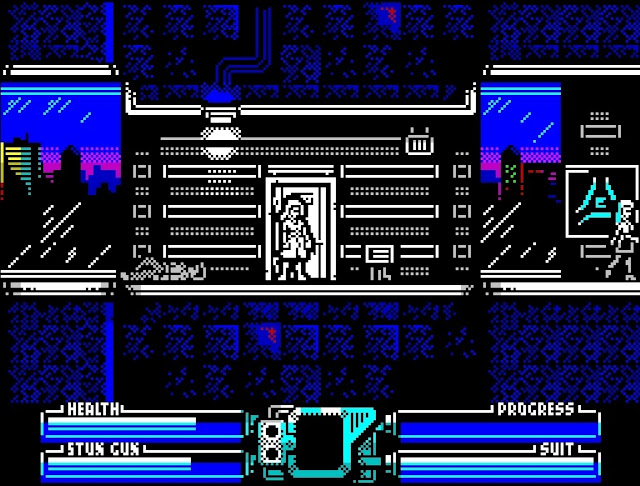 Last year we gave you the heads up of a seriously cool looking ZX Spectrum and ZX Spectrum NEXT game called ' Power Blade ', which is in development by n1k-o@nq_skrju and team as a top quality inspiration of the same name which was originally released in the early 90's by Taito. Well there's even better news today and it's not racing related, as the team have shared new footage of the upcoming Jacqueline level; a level that's 90% complete featuring the music of Nik-o!


As we said before, if you've got a ZX Spectrum or perhaps an emulator for the standard version or a ZX Spectrum NEXT for this enhanced version, then this upcoming game with its high grade gameplay killing enemies with a boomerang will most definitely be the game for you. It has great ZX Spectrum graphics, super animation, deadly traps and nasty enemies, addictive gameplay and from the video above not only platforming action but racing and even stealth based missions that would give many classic commercial games a run for their money.