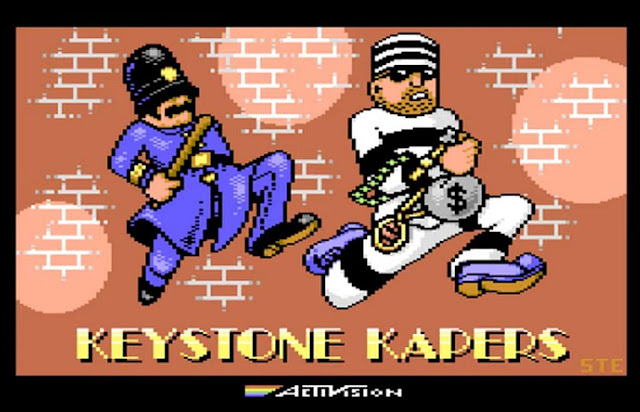 While many of you had the chance to play the stonkingly good Atari to C64 conversion of Chopper Command by Antonio Savona, Steven Day, Saul Cross and Flemming Martins which was released only recently. Today is the day the same team have released the next game in the Activision line up, as thanks to a heads up by Saberman, we've been told they have released the 1983 game 'Keystone Kapers' by Activision for the C64!

As we said before, although a Keystone Kapers clone can also be played called Rent A Cop, which is a high quality game developed by Achim Volkers and released for the C64. This new game aims to be as close as possible to the original, while also being fully enjoyable on the C64. In regards to the gameplay however, you have a set time limit and must stop a thief at all costs from raiding a department store before he escapes from the roof above... Beware of hazards such as footballs and shopping carts, and make use of lifts and escalators!