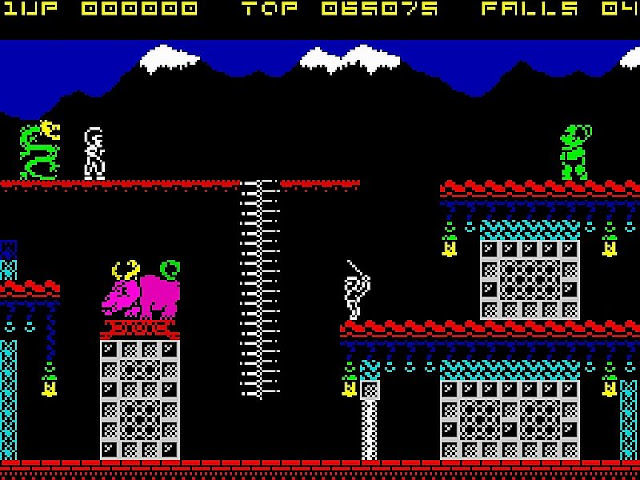 As we said before, we've certainly featured the 1984 game of Bruce Lee more than a few times now, especially with games such as Eel Ecurb for the Atari XL/XE and Bruce Lee - Return of Fury released on the C64. But now after a weekend of retro gaming events, we are pleased to shout to the hill tops that Allan Turvey has released the Bruce Lee graphical overhaul of Bruce Lee RX for the ZX Spectrum community.


So what is Bruce Lee RX you might ask? Well thanks to Allan Turvey, Peter Smith and Jim Bagley, we've been told that this new version of Bruce Lee is a new graphical enhancement to the original game, sporting new graphical changes across the board including both the levels and sprites. Do be aware however in relation to the gameplay, it hasn't been changed in anyway because I'm sure you'll agree, the core gameplay is so good that it really doesn't need changing.