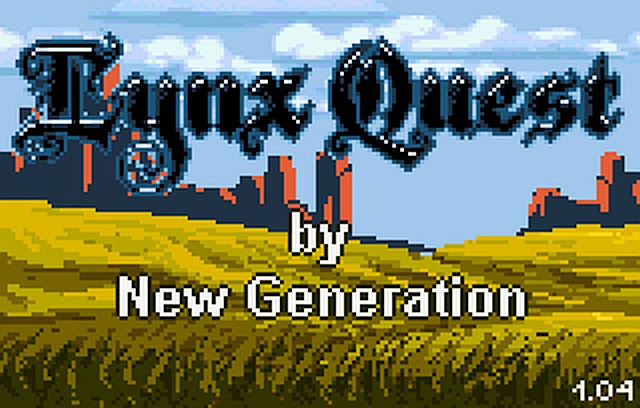 Atari Lynx gamers you may be interested in this news update, as we've just been given the heads up by Saberman, that the action adventure game of ' Lynx Quest ', which was created for 30th Lynx Competition by AtariGamer, has been released as a 1.04 preview. Although the game can be downloaded as a preview version below, the team behind the game as New Generation is hoping to finalize the game by version 1.10.


As noted by the AtariGamer competition.. Travel through four worlds, fighting enemies and eliminating the final bosses. This game isn't 100% complete yet and at the moment you can play in the randomly generated worlds and fight random bosses. But a fully featured game with a story and progression arc is coming soon!

In the final version of the game there should be:
- 4 different worlds
- 4 bosses
- chests with loot
- score system
- finished UI
- full map logic
- proper level transitions (self explanatory, story will tell more about it)
- dozen of different enemies
- postprocess effects
- proper gameplay loop;)