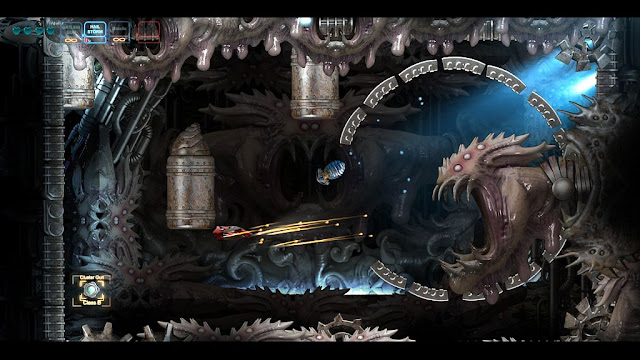 Other than adventure games and platformers, ive also had a great fondness for shoot em ups, from retro games such as R-Type and Project-X to modern inspirations such as the fabulous Super Hydorah. There isn't a Shoot em up that I'd turn away from just to pick up a power up and blast a few waves of enemies! So to see a high quality shoot em up listed on Steam as REMOTE LIFE which has now been released, I just had to spread the word!


REMOTE LIFE isn't just your typical 2D side scrolling shoot em up either, but according to the creators Next Game Level, the game doesn't just feature huge 3D pre-rendered sprites that are gorgeously animated set with beautiful backgrounds befitting to an Alien World, but if that wasn't enough. The Bosses look so infinity creepy and scary that the cg-artist had to design them with closed eyes. So yes if all of this sounds so awesome, and with the inclusive deadly weaponry at your dissposal, it might be worth your time checking it out right now!