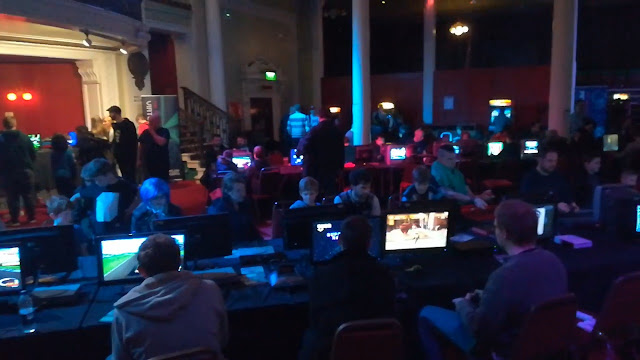 During last weekend Indie Retro News had the pleasure of going to the awesome retrogaming convention of ' PLAY Expo Margate ', which lasted from the 21st to the 23rd of Feb 2020. It was an event that was to have a fair slice of gaming and merchandise stalls, cosplay, retro gaming hardware with games to play, modern gaming, competitions, arcade machines and much more. It was an event that we have been eagerly awaiting to go to all these months past, and we can very much say it was AWESOME!


As you may remember we have been to every Geek and Replay event so far and when it comes to the stalls, this latest event did not disappoint. In actual fact unlike previous events this time I found it very difficult not to buy anything, having to hold myself back from a modded Gameboy while my gf really wanted ZOOL on the Mega Drive. There was a lot here for you to get your grubby hands on, even merchandise such as cuddly toys and POPS. Prices were not to bad either, apart from one stall who wouldn't take any haggling pointing at the price twice with a negative voice saying "£11". No wonder your stall didn't have a crowd of people around it eh?

Another added bonus to the stall hall was the stage area at the back, this was a great part of Replay Expo Margate and allowed people to take part in cosplay, you could even watch a number of talks done by people in the computer and gaming scene. It was just a shame that my time was limited on the day to involve myself more towards the stage.

The main highlight for me and this was more personal than just playing games, was being able to see great friends and those that always appear on my twitter feed! Friends such as Chris Wilkins of Fusion Retro Books, Alan Hammerton, Alex/Gemma(Level Up Games), Pete(Nostalgia Nerd), Simon Burton(Replay) and Chris Weatherley(Novabug). In fact it turned out to be such a trip down friend lane, I found it difficult to go down stairs to check out all the gaming systems! 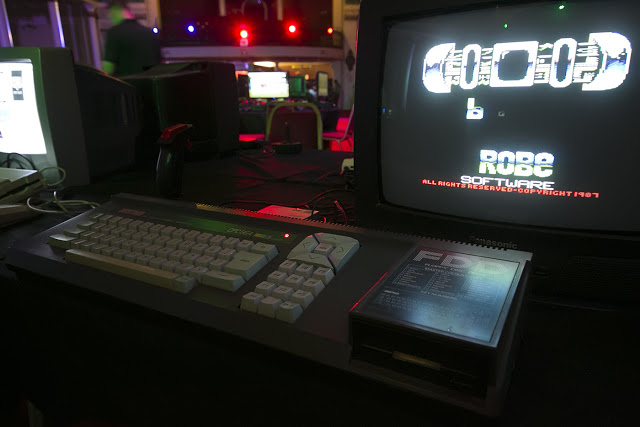 Finally putting that aside we headed downstairs to a place of wonder, a place filled with Arcade machines, computers and all those retro games ready to be played. Boy did it not dissapoint! From an Amstrad CPC 664, to an Amiga, C64, ZX Spectrum and Neo Geo, it was pretty much all there, just lacking the really rare handhelds. I couldn't find Grannies Garden on the BBC Micro, nor could I find any Game & Watches. Oh well, just being too fussy I guess as everything else was jaw dropping for any retro geek - Just check out the Amiga, nice! 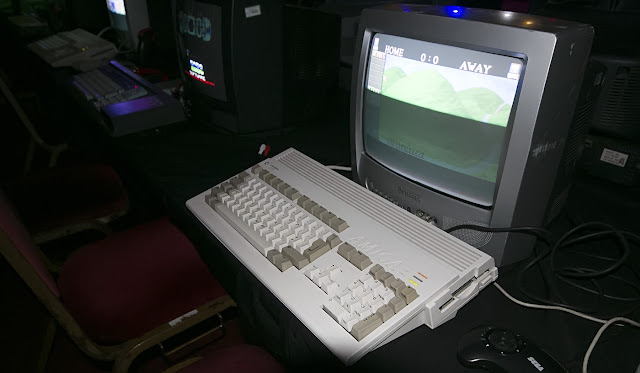 Next we moved on to my personal favourite and what blew us all away was the Arcade Machines and the Pinball Machines!  The entire area of the show, which was surrounded by Minecraft in previous events were once again all Arcades and Pinballs. I didn't know where to start! Should I bang some balls (ahem!) or should I try my hand at Blasteroids or Dig Dug. There was just too many to go on, in actual fact it was probably the most crowded of the entire event! 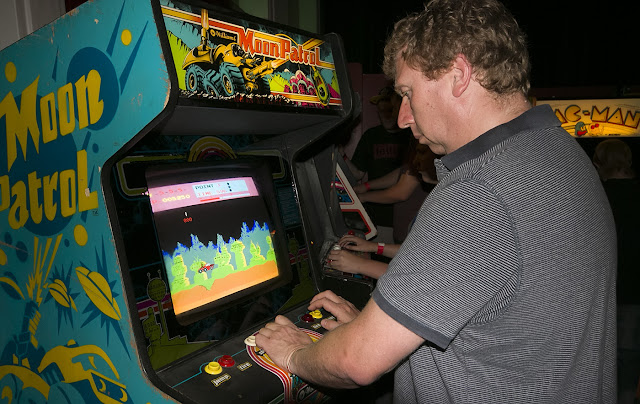 So how did everyone else get on, those who went with Families and those who went on their own to relive a better era? Well it seems everyone was having a blast, both the young and the old. From the very retro to the more modern system, most of them were being enjoyed. Which is exactly what this event aimed at, to bring everyone together to play some of the very best PLAY Expo Margate 2020 had to offer in retro and modern gaming!

And that was it, another year over at PLAY Expo Margate 2020 it was such a shame to leave as I could've spent many more hours playing and having a blast watching the competitions, or spending all my money at the fine stalls. But as ever we are hugely grateful to the event organisers and friends for allowing us to cover this incredible event, and we seriously want to come back soon.

So see you next year guys n girls and don't forget to check out our favourite Facebook groups below.