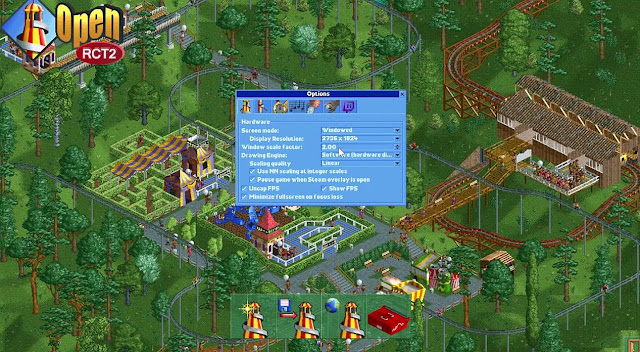 I'm sure many of you remember the awesome game that is RollerCoaster Tycoon 2; a game by Chris Sawyer and published by Infograms in which you manage your very own theme park, with all its rides, shops, puking guests and economic fortune. Well you'll be pleased to know, that as of this month you can download the very latest build of OpenRCT2: An open source development which improves the game even further with new features, original bug fixes, raised game limits and much more! 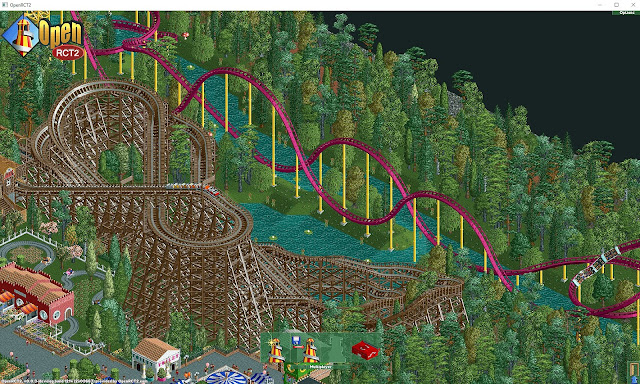 RCT 2 was one of the greatest games I have ever played, it's one of those games that gives the opportunity of both young and old to create some of the best theme parks they could ever dream of. You could make the best rollercoaster designs and some of the most dangerous just to see your customers almost faint with such crazy g-force or have the entire park covered in puke. Thus to my excitement with new versions released often, OpenRCT2 Project which is free to download takes the original hit game ( Which is needed ), adds in many modern features such as uncapped FPS, huge resolutions, and a multi-player co-op and turns this already fantastic game into a near masterpiece.