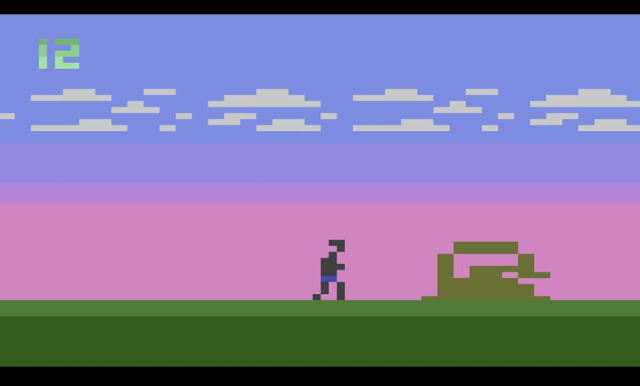 Here at Indie Retro News we try to give you the latest in unusual releases that don't often get a website mention, especially lately as there's been many of them, from homebrew games to updated Amiga titles. Yet here we are with another news special, as we've just been informed by the coder named as pvmpkin, that he has released an early Atari 2600 demo demake of an all time classic game Shadow of the Beast, which has been demade called SHADOW OF THE ATARI!

As noted by the Patreon description in brief : This is an attempt to 'Demake' the original Shadow of the Beast and remain as faithful as possible given the techincal capabilites of the Atari VCS/2600. Furthermore although development was started in February when he felt inspired to learn how 2600 games were made, there's still a lot of work still be done and he is very proud of the progress so far. So expect further builds released down the line!