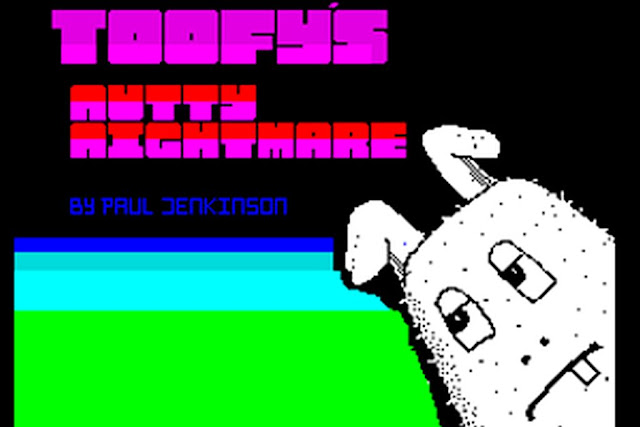 
Yes indeed welcome to a brand new game from the same creator who also made enjoyable ZX Spectrum titles such as Antiquity Jones, Kyd Cadet and Code Zero. A game in which you play as Toofy on a personal nightmarish quest to collect all of his stolen nuts, thrown away by the evil monsters that lurk within his dreams. Good luck Toofy, it's time to find those nuts!