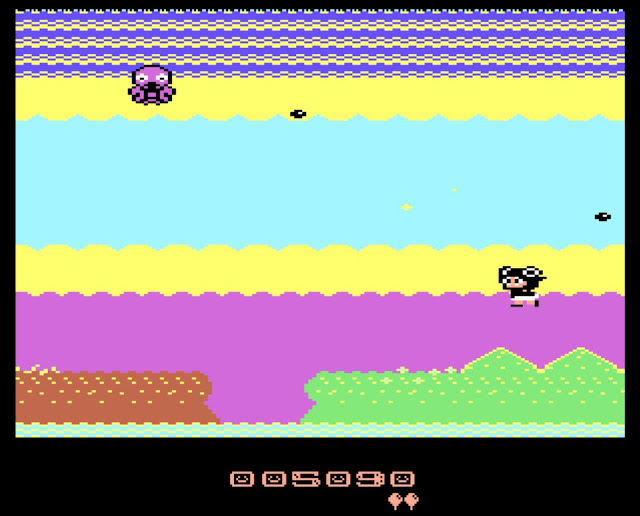 Most of the games we feature are generally focused more towards Teenagers and more specifically Adults, with a high level of difficulty and intense gameplay (Although I did have an Amstrad at 7 years old!). Today's game however is focused more towards families, as we've just been told TheReaperUK and Richard Bayliss, have released their family friendly fun game of 'Keikos Adventure'; a game which has been released for TheC64Maxi/C64Mini/Commodore 64 or a Good C64 Emulator.


According to the creator : Keiko's Adventure was created using the sideways Shoot Em Up Construction Kit by Sensible Software and Jon Wells, with framework and music by Richard Bayliss. The game is a Cute 'em' up (Shoot 'em' up) designed for the family and more specifically kids, in which it is very easy to play, as you must shoot the baddies, collect the Balloons for bonus points and try to get a hi-score.