Stupid Martians - Another enjoyable blaster released for the MSXdev’20 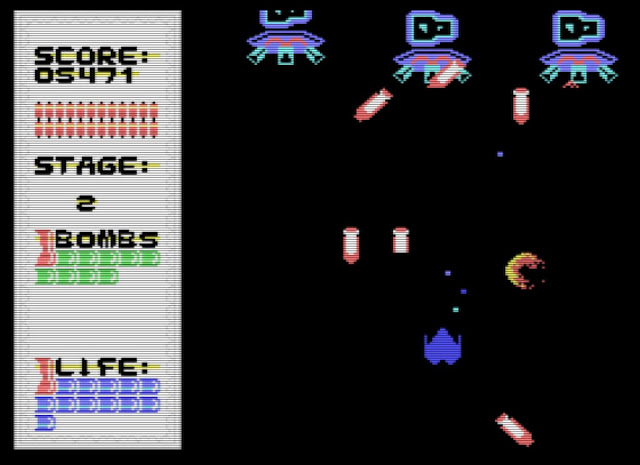 Anyone would think we are being taken over by Shoot em ups! We've had Ftype, Red Sunset, Galaga, Tiny Galaga, Nucleo and many many more that have graced our retro gaming screens. Well now another one has appeared for the MSX, as earlier this week during the MSXdev’20 compo, Visualedu
and Bitcaffe had released the almost Bullet Hell game of 'Stupid Martians' for the MSX; a new and enjoyable game requiring at least 16KB of ram.


As noted by the game compo write up : "Right after The Menace from Triton gave us some fresh shoot’em up action to chew on, a new Shoot em up appears out of nowhere in this year’s edition:
Stupid Martians. But don’t be fooled – this game, while sharing the same overall genre, is an entirely different beast. Obviously, it scrolls vertically, not horizontally. But more importantly, like with “The Menace From Triton”, there’s strategy involved in this one as well, but the emphases instead of all out carnage is on strategic combat" .