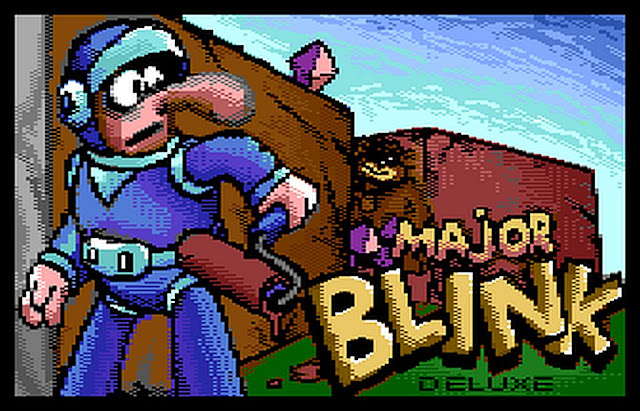 Once again another Plus/4 game has appeared as thanks to a great heads up in our email, we've been told Legion Of Doom has released the latest version of 'Major Blink Deluxe'; a game originally coded by Jon Williams, that was also released on the C16 and Commodore Plus 4 Computers way back in 1984 as Berks 2, converted to the Atari XL/XE in 2018 and C64 early this year as "Major Blink".


According to a number of sites regarding Major Blink, In this fine game you the player takes the role of Major Blink, the creator of the Berks, who has now become a painter. All blocks must be painted from all sides by the Major while homing drones must be avoided and bears, who try to repaint the blocks, must be shot. The Deluxe version features according to the main website : "a beautiful rendition of the original cover art for a recent C=64 port of the game, and he also did a more colorful, Plus/4 specific version. A fresh new main menu and cheats menu with 12 options (including some anti-cheats) waits for you in this release".