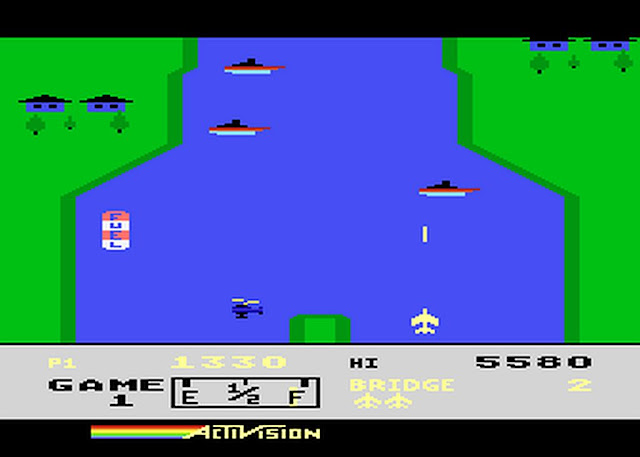 River Raid has appeared on Indie Retro News a few times now, the first time when it appeared as an Amiga inspiration to that of Bridge Strike, and the second time as a clone on the Commodore Amiga called RiverRaid Reloaded. But now as an updated release on the Atari XL/XE thanks to Matias Dimitrov Albarran (2019), we have been informed by Saberman, that you can now play the original XL/XE version except hacked to look just as it did on the Atari 2600.


Now if you've not heard of this classic game before, that's because it was originally released in 1982 for the Atari 2600, and then ported over to many different systems such as the Atari 8bit, C64 and ZX Spectrum. In this game you play as a fighter jet over the River of No Return, in a raid behind enemy lines. The game is viewed from a top-down perspective and you must avoid flying into objects and collecting fuel to keep you going.