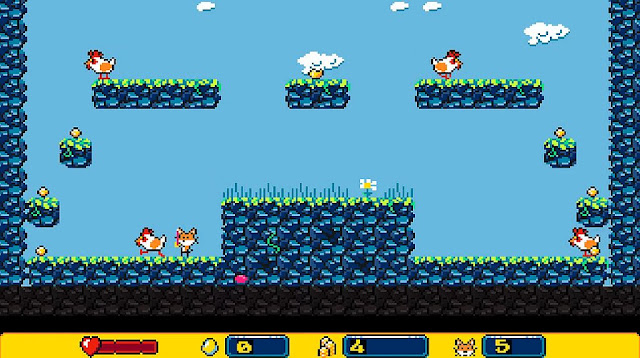 A double heads up this week from Solo and Per Ola, as thanks to them letting us know, we've been told Czorny is working on a brand new Amiga game called 'Chicken Chaser'. This game developed using the RedPill Game Creator. Is an upcoming Action Platformer, in which you play as a cute little fox who has to collect all the eggs in the level, while also avoiding or fighting deadly chickens.


Although it's early days for Chicken Chaser, the game looks to feature cute chippy sound effects, lots of well designed levels, nasty traps such as lava, chickens and more chickens, and flowers that blow about in the wind. The only negative I can see so far, is the game looks a little slow so watch this space.