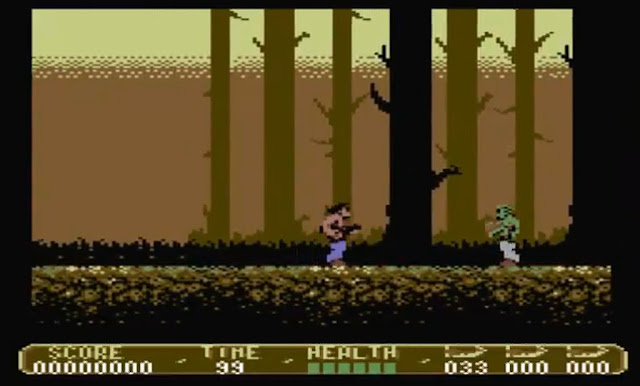 While many of us are still waiting for the upcoming action platformer called Outrage which is soon to be released by Protovision, there's another game that might also be worth keeping an eye on although not to be released any time soon, and that's Marv's C64 game of 'Zombie Island'. This game which was recently mentioned on Twitter, is a very decent looking blaster that as of this moment is not only just a concept but also as some have picked up on could be inspired by the sprite from First Samurai.

Although there's not much to go on other than the tweet, from what we can see in the video above if the game was to be released, would feature multiple enemy types, smooth scrolling, above and underground landscapes, powerful weaponry and what ever else we haven't noticed in the video! So lets hope this game isn't just a concept and does get an eventual release.