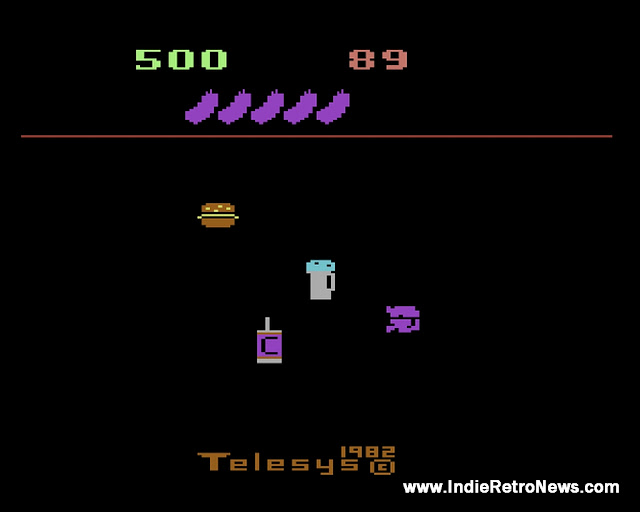 Yet again Arlasoft is in the retro gaming news, as checking our emails we've just been given the heads up direct from the website, that Arlasoft has released the Atari 2600 to C64 conversion/port of Ruffcorn and Telesys 1982 game of Fast Food. Yes indeed another game is upon us for the C64, and unlike the previous ones mentioned, this one is an endless food eating game whereby you need to eat as much food as possible, while avoiding the spicy pickles!

As noted by the wikipedia for Fast Food as I've never played this game personally, The player controls a pair of disembodied lips, similar to a Chattery Teeth toy, named Mighty Mouth. Various fast food menu items fly across the screen and the mouth earns points by catching them. The player must avoid eating the purple pickles. After eating 6 purple pickles, the screen is replaced by large text reading "BURP!", followed by "CLOSED". As the player acquires more points, the speed of the game increases. The transitions between speeds are indicated by the text "YOU'RE GETTING FATTER".