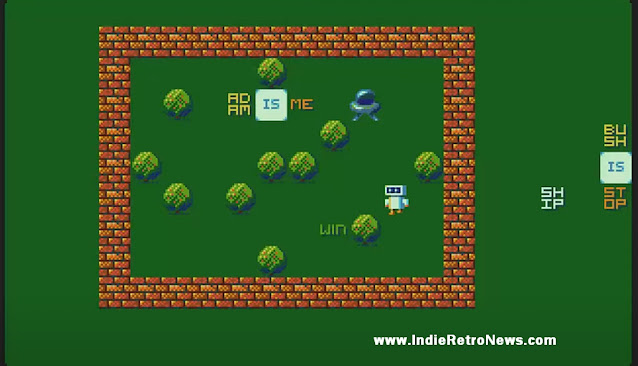 Here on Indie Retro News we do love writing about the Amiga, especially with fabulous games being mentioned such Ambermoon, Blade, and the previously released Arcade conversion of Pacman 500. Thankfully there's no let up in this greatness however, as thanks to a heads up on our main Facebook page via Saberman, we've been told there's a new game is in development for the Commodore Amiga called Adam is Me; a game that is heavily inspired by "Baba Is You" by Arvi Teikari, released previously on the Atari XL/XE.

Adam is Me was initially planned to be released on 8bit "Forever" party in March. The party was cancelled due to outbreak of the coronavirus, which allowed the team to expand the initial scope and the overall polish of the game working on fancy stuff like an extended intro and outro with an official release over to the Atari XL/XE back in 2020. Fast forward to this week, and for those of you who enjoyed the game, will be interested to know it is now in development for the Amiga.