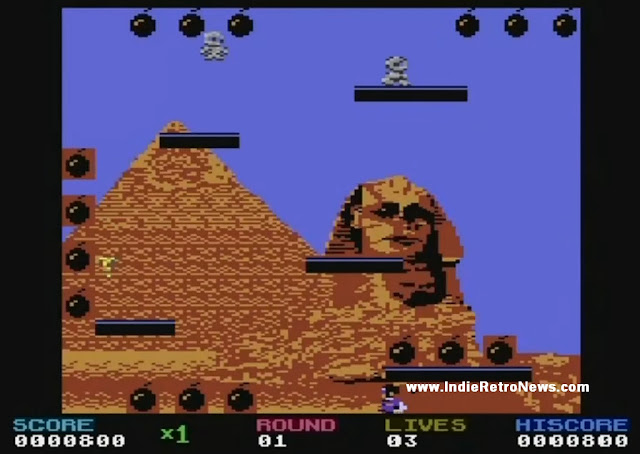 I can still remember in the late 80's playing the brilliant Arcade port ' Bomb Jack '; a game that required you the player to jump and float about getting rid of all the bombs on the screen before they are used to blow up historic places of interest. It was such an awesome game that even though a fan port of the game was released on the Atari XL/XE coded by Krzysztof Gora in 2008, another version looks to be in the works and this one is called Gacek and developed by Shanti77. To coincide with this news, the game has got another teaser as an entry into the ABBUC Software Contest 2021.

Video Link for Mobile Users
As we said before although some would say the Atari XL/XE homebrew version of Bomb Jack is a really good conversion of the game already, this one looks to have better animation, a wider game screen, a change of soundtrack and a custom sprite engine all viewable in the video above. Do be aware however a few things are still missing in the game (enemies, AI, music), but it is fully playable and will require 64K PAL inclusive of 63 fun packed levels....So watch this space!
Links :1) Source
Labels: ATARI, Atari XE, Atari XL, Bomb Jack, Gacek, GAMES, GAMING, Retro Gaming, Retrogaming