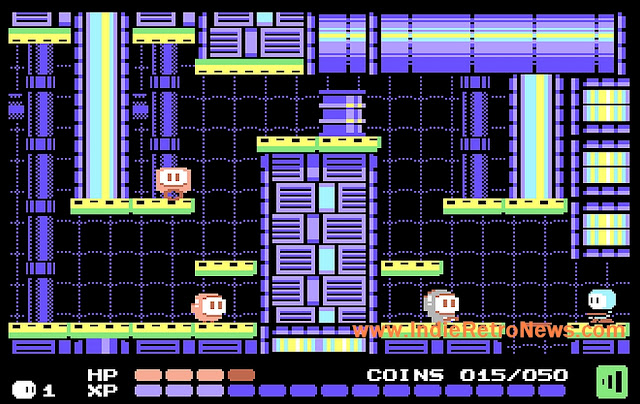 While some of you including myself, are still looking forward to playing the upcoming game of Leap!; A high quality C64 title via KnifeGrinder which is a tribute to Bounder; a game released in 1985 by Gremlin Graphics. There's another game that's worth keeping an eye on while it is still in development, and that's Lester, an upcoming metroidvania for the C64 that puts you in control of the AR2020, a robot sent to liberate a space station taken over by an evil AI.

Sadly it is still early days for this game, but from the video above, Lester looks to feature a great art style, enemies to fight, multiple rooms to visit, objects to collect that will expand your abilities, a map system, upgradable weapons, and all of this in a game which will be set in a space station where the security drones have gone rogue with environments full of secrets to discover and yes deadly enemies to blast.