Futurama Professor Vetus I presume - Yet another adventuring fan game in the works! 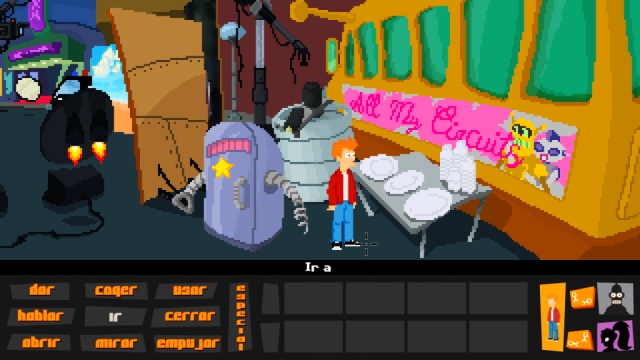 When we first mentioned Arjon van Dam's adventure game based on Futurama we knew it was going to be very popular with our readers but we didn't expect it to be the top most viewed article this month. So without further-ado it's time to mention another adventure game based on Futurama titled 'Futurama Professor Vetus I presume', and this one is by Iker Maya which looks to be more feature packed and already has a game play video. 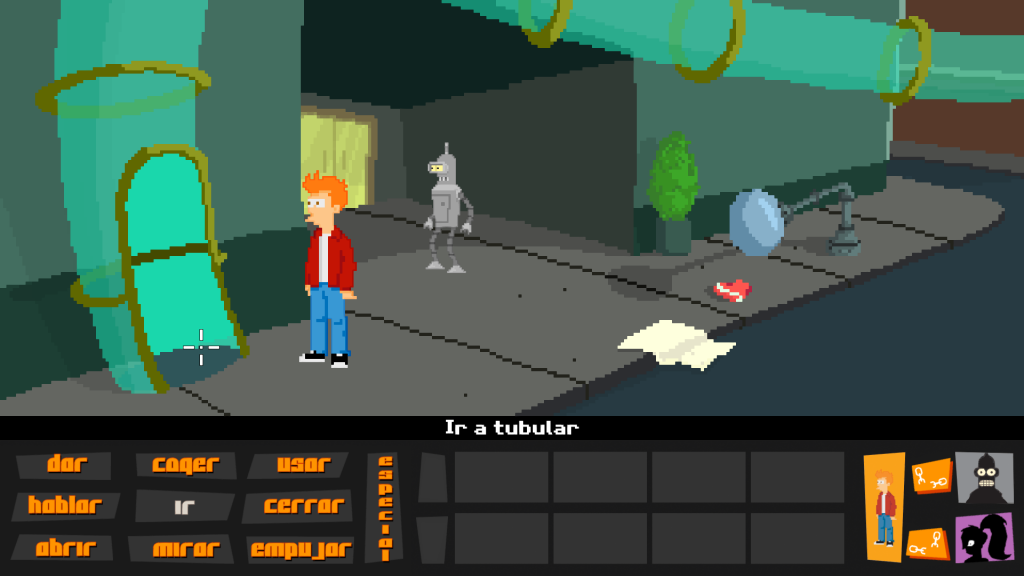 According to Iker Maya,' Futurama Professor Vetus I presume' will be a large game, in fact it's going to be huge, especially impressive as it's designed by one person. The game will be free with around 100 playable rooms, open world with space travels, enemies, playable characters such as Fry and much more. It could well be the ultimate fan based adventure for Futurama fans across the globe. Already the UI is in place, all the scenes and planets with sketched backgrounds are visit able and the history is complete, you can even see Bender! What does need to be worked on still, are the puzzles, extra tweaking of the game and animations. 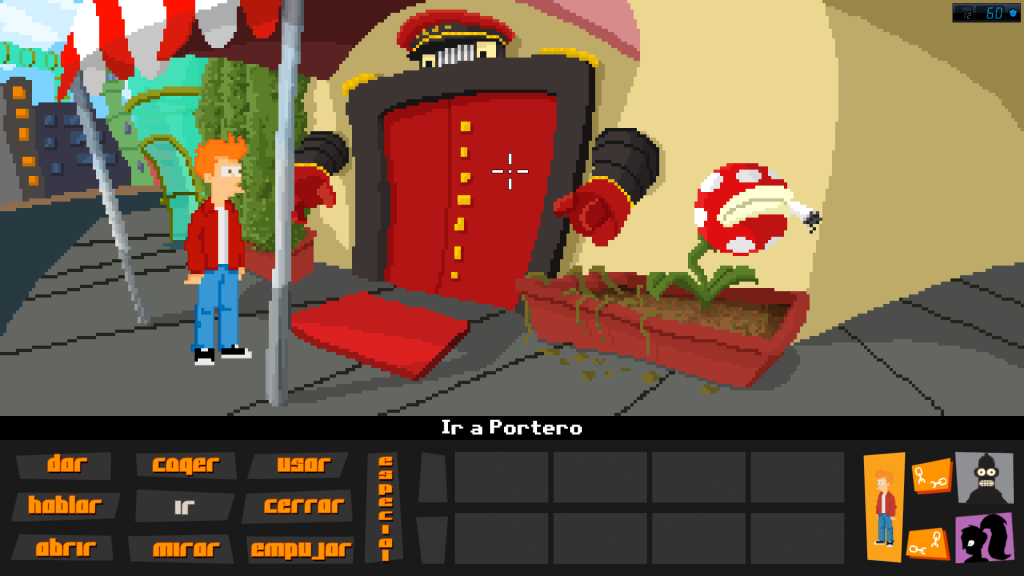 But here's something extra which I'm sure you will love, this adventure game will have a full musical score, which is already available for listening to on the main website. It sounds divine and I couldn't stop listening to a few tracks through most of today! 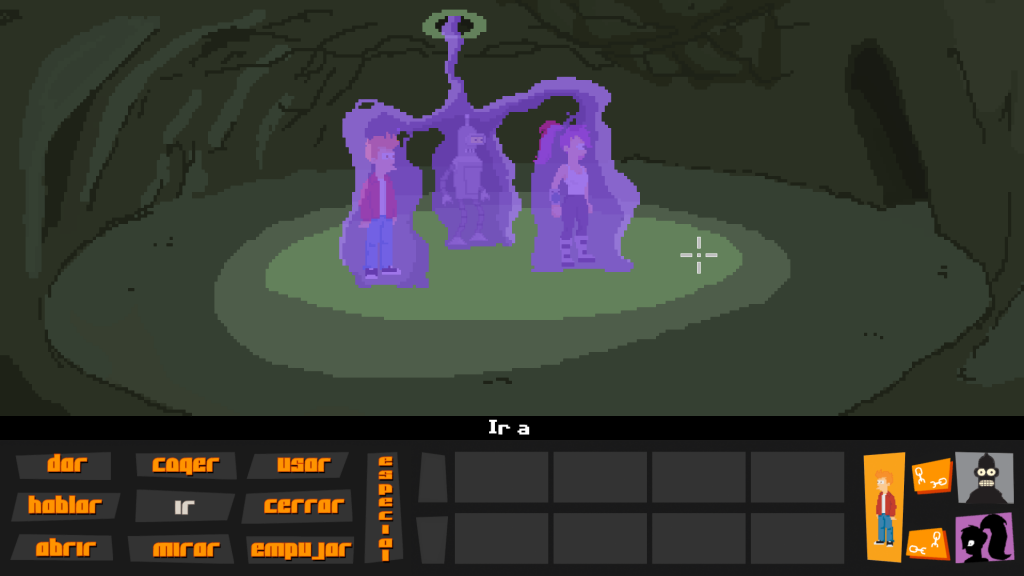 With all that impressiveness out the way, it's time to mention a release date and the fact that so far the game is in Spanish. As of yet we don't have a release date but from what we've seen so far it's looking very much like it will be released this year. In regards to the game being in Spanish, the developer has said to us that it will be translated to English, with help from his English speaking friends. 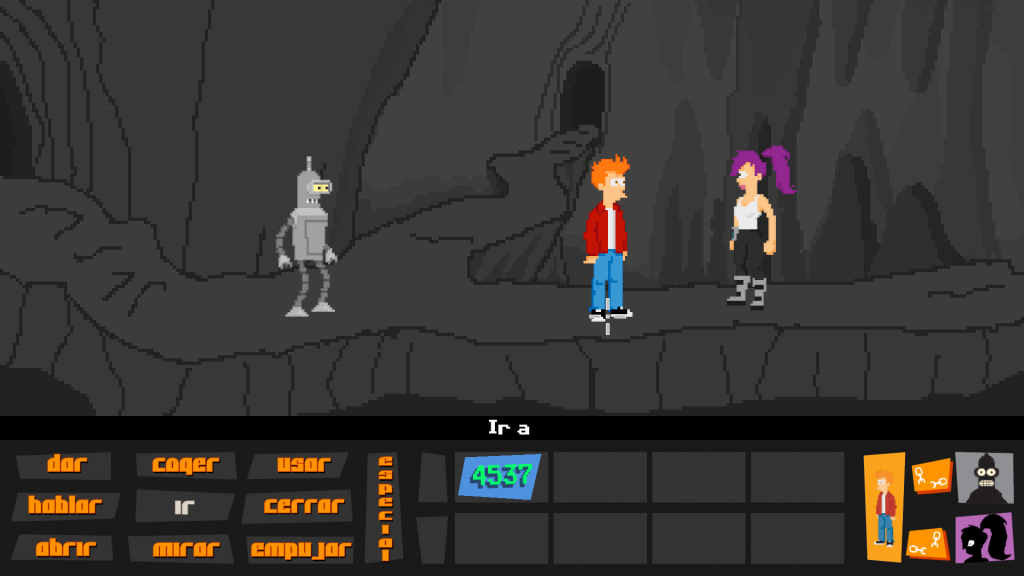 I personally can't wait to play both of these adventure games, if anything I'm a bit too excited and I hope that they both see the light of day. Each one has it's own graphical style and to be honest I can't say which one I prefer as each has it's own visual merits. But to end the article, check out the other screenshots and watch the early game play teasers.

Futurama, professor Vetus i presume, is a NON-PROFIT fan-indie game.  All material, from the animations up to the music, is original. No material with copyright will be used in the final version of the game.”