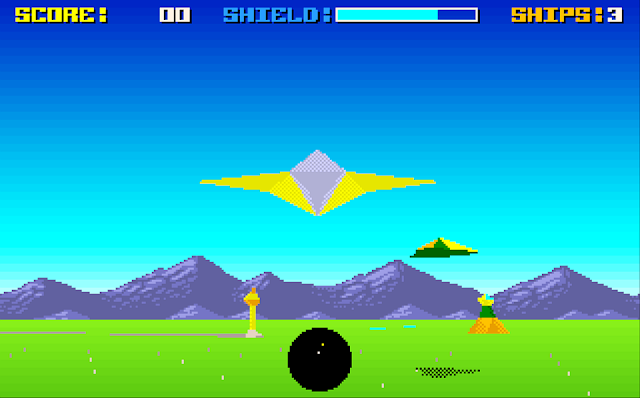 Before I begin with this glorious news, I'd just like to say that as from tomorrow I shall be moving home and full speed broadband doesn't go live until Wednesday. So expect sporadic write ups up until then. But as for today, we've just been told by Scoopex, that they have released 'Sibwing AGA'; a 3D styled shoot em up, that according to Galahad on the EAB forums, is an early pre-release for what became Guardian AGA, the Starfox/Starwing like clone on the SNES. Basically this game was never intended to be released! Also thanks of course goes to Earok, and the original developers Acid Software! 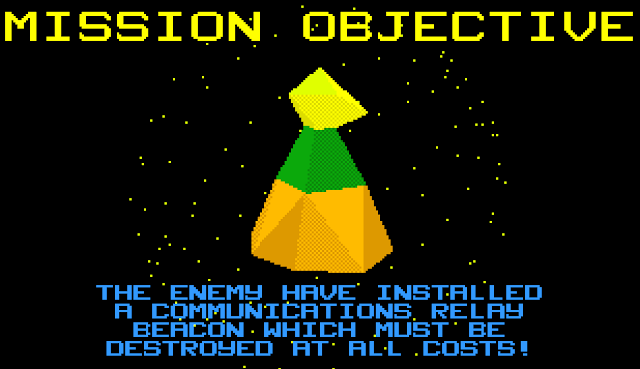 The first thing to greet you upon load up is a rather cool crack-tro by Scoopex, that features a remix of the Game of the Thrones TV series and a small write up about the game it self. After spending sometime listening to it, and a click of the mouse, you are then told the mission objectives that must be done to complete the level(?). Basically the enemy has installed a communications relay beacon, which must be destroyed at all costs! But don't think you can just fly in and blow it up in one go as you can't!


With the main beacon centered on the map, it is not only protected by sentries, but each sentry is powered up by a power source located at the end of each power line. When those are destroyed, and the sentries are down, you can then attack the communications relay beacon. Which is easy to understand, but the added enemy ships that appear flying about and firing at you, wont make it an easy task to accomplish. ( Be careful of your shield, and you only have 3 ships! ) 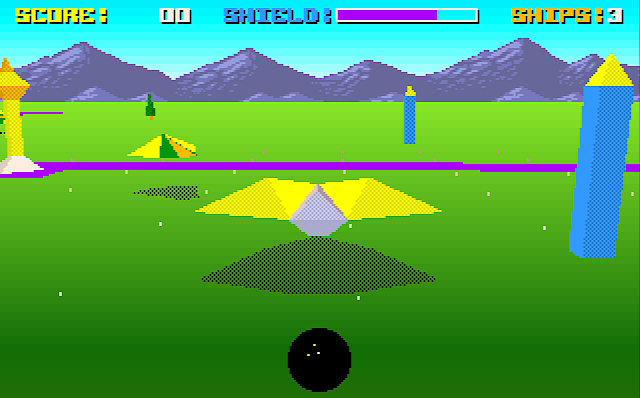 So what do I think of this very rare game? Well it's rather nice really, and most certainly has a Starfox vibe about it! Being able to control your ship in just about all directions, and seeing those polygon like graphics running at smooth frame rates, and blowing up into lots of pieces did put a smile on my face. Now I'm not sure if it was an issue at my end, but I had no sound at all. So throughout the game, I ended up making my own sound effects, like a child playing with a new action figure.

I wont go on too much about the game as I don't want to spoil it, but if you have an Amiga or any form of Amiga emulation, you should give this game a go. As for me, I'll try to write more stuff up today, but I will be moving home soon!

*NOTE* There's some differences, and there's also a lot of bugs, so there's a chance it might crash which is why we advise you NOT to install on hard drive so it doesn't risk invalidating it. & Remember to read greetings on cracktro