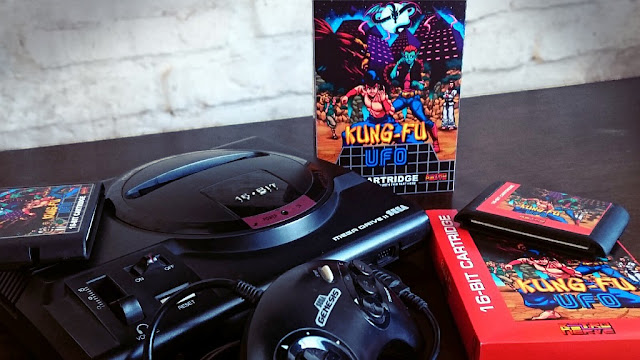 I think I'm going to have a writing break this weekend as this week has been crazy busy for awesome games from across the divide. But before then it is time to mention a seriously cool kick ass platformer that is coming to the Sega MegaDrive and Genesis near you as ' Kung-Fu UFO '; a game by Retro Nerve. If you love story driven adventure games heavily inspired by sci-fi and martial arts movies from the 80s and 90s or the inspiration of games such as TMT, Battletoads, The Way of the Exploding Fist and even Mortal Kombat then read on!

This rather eye opening game with its custom software developed in PC and Amiga for managing graphics, stages, colour and palettes etc. Puts you in control of a humble teen on a quest to rescue his mother kidnapped by a strange Chinese bandit after an alien creature reached out to him with an enigmatic message. He will travel all over the world and beyond to solve a mystery, his family, the planet and maybe if the fates allow, the entire galaxy. 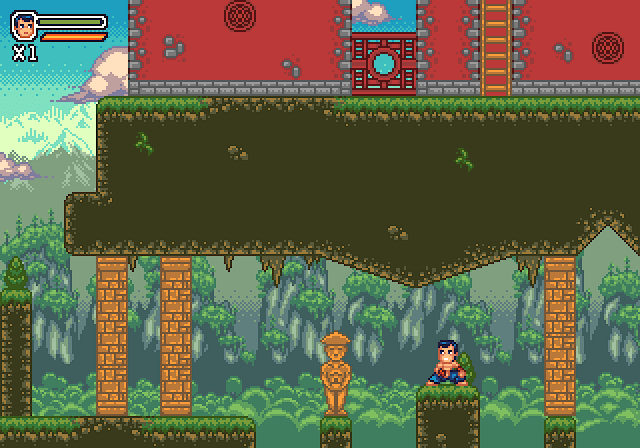 According to the creators the story of Kung-Fu will be told throughout the game with beautiful 16bit cutscenes and the actions and dialogues between the characters. It will feature a fine mix of platforming and kick ass beat em up action, through a unique hand-grafted fighting engine with kicks punches blocks and combos that is very intuitive and can be simple or complex, depending on what the game needs and how you decide to play it. If that's not all, they also gone on to say you'll be able to explore the levels, solve puzzles, use vehicles in bonus stages and even fight in challenging boss fights!

So yes, a game that could earn its place amongst the greatest of retro games on the Sega MegaDrive, so look out for this one as it is coming to a Kickstarter near you later this year.