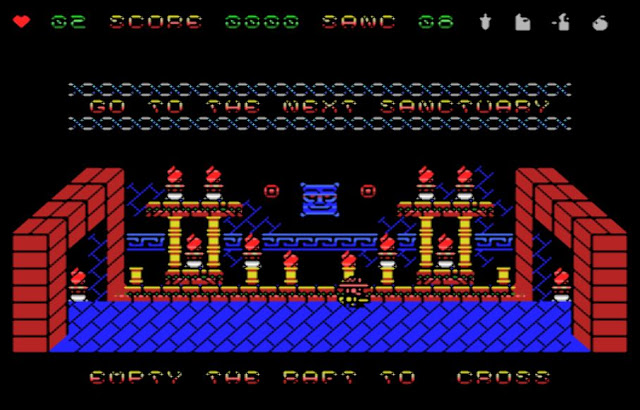 During the early part of this year we announced the launch of the MSXDev competition in which people from around the world could come together to create MSX games and hope to win an overall top place. Well one of those games entered was Burn Us; a Konami inspirational game that gives you the experience of what it's like to be a member of a weird and masochistic sect. Although the competition is still ongoing, the creators felt a cartridge version was needed and not only that, an expanded edition full of additional surprises!


According to MSX.org this game announced as 'Burn Us EXP' will give you a far better experience over its prequel. The game features 18 screens (many of them double), snakes that strangle, firemen who dose you in water, pipes that wet you, rafts that have to be emptied, switches that illuminate areas, stairs with hidden mechanisms, daggers with different uses, and even pumps that drain water to facilitate access to new floors of the sanctuaries. So yes, if you would like this rather eye opening game from Carambalán Studios, then you can buy it priced at 25 euros or (23 before September).