Bridge Strike - Modern 'River Raid' on the Amiga is now available for ordering! 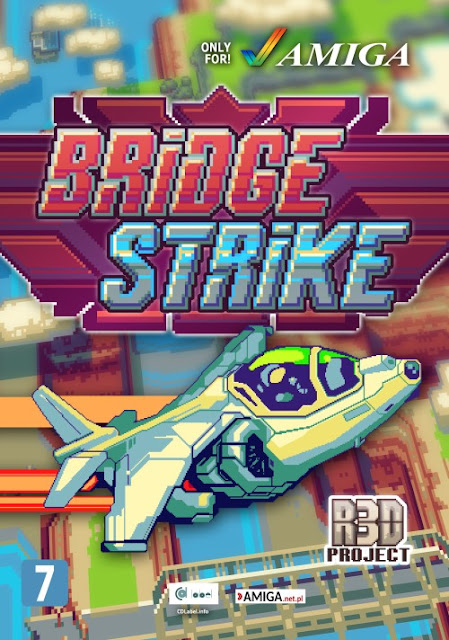 Many months ago the creators of Tanks Furry , Project R3D, released a teaser for their in development Amiga game ' Bridge Strike ', which had a backers winter demo along side the announced AmiGameJam and was awarded second place in the Game Competition at RetroKomp event in Gdańsk. But today the developers have given us a BIG update, as not only is the game classed as a modern version of Activision's River Raid, but thanks to a heads up by Per Ola and Saberman, we now know the game has been officially placed online ready for ordering! 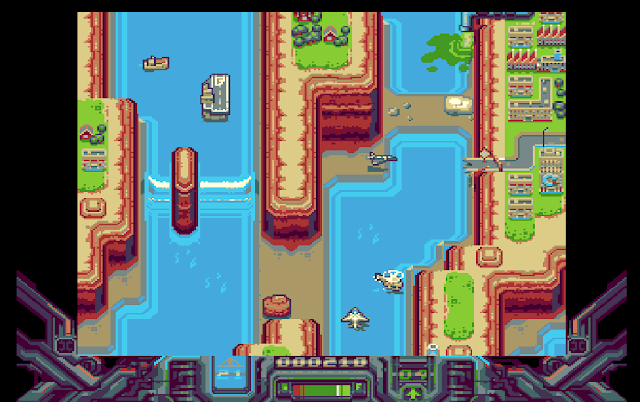 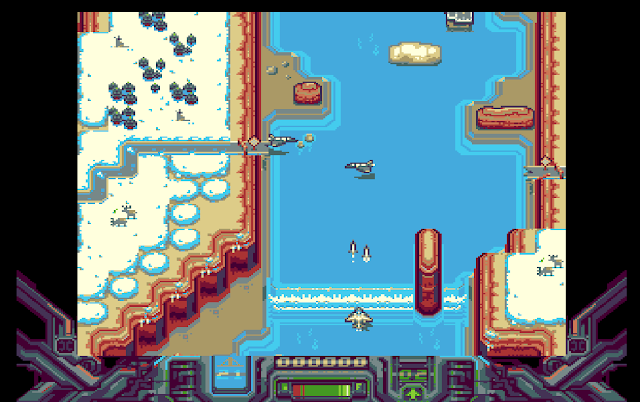 Even though many of us have been following the game's developments throughout the last year, today is the day the game has been made available for sale, and shows us far more features than we expected through many of the recent trailers. The game features hand made, old school pixel graphics, diverse and demanding missions, a dedicated chiptune soundtrack and SFX, lots of terrain types and weather conditions and many types of enemy units!