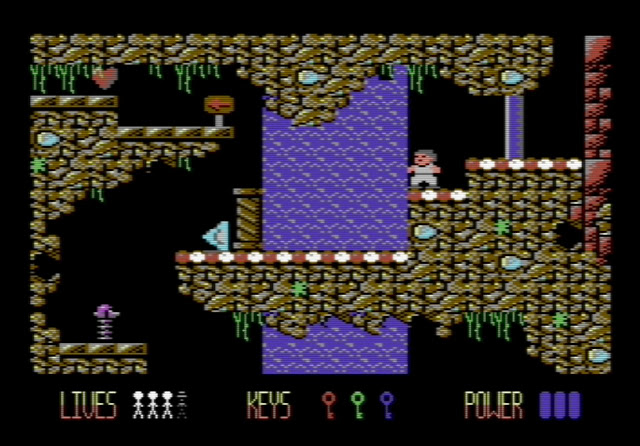 The C64 is on a roll today, as after previously announcing the upcoming C64 game ' The Wild Wood ' which looks highly impressive indeed, along comes Doc Cosmos released by shallan64 for the C64 RGCD 16K competition. This game featuring Time Travel gameplay, puts you in control of Doc Cosmos, who after finding a powerful time travelling alien device, has become trapped in the underground complex! Use the device to switch between timelines to change Docs control scheme and alter the scenery in order to progress through the complex and find a way out.

Now i've played many platformers before on the C64 but Doc Cosmos really stands out as an impressive homebrew game and more especially as it's only a 16k game. It doesn't just feature two different graphical styles depending on the timeline being used, but using time changing abilities to overcome obstacles is certainly a huge plus in my retro gaming book. To be honest I could really go into detail about this game, but I think it is best you play it yourselves below and hope it's turned into a much bigger game down the line :).