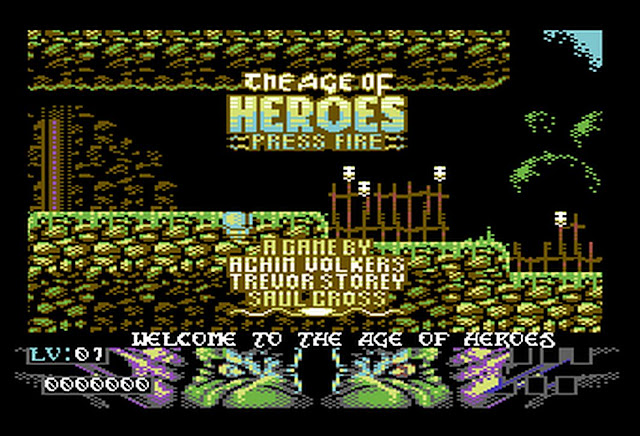 The T Storey, G Rottensteiner, A Volkers and S Collier Facebook group has been a buzz of likes and shares as according to the team behind the fantastic C64 game of Argus and the Aliens vibe of Organism. They have announced that their upcoming C64 game of ' Age of Heroes ', is not only in production, but will be released at some point from March to April! This game of which we have been looking forward to for some time, looks very much like a high quality Rastan but instead developed by Achim Volkers, music and sfx by Saul Cross and art and design by Trevor Storey.

Return to the days of high adventure in THE AGE OF HEROES, a fantastic arcade fantasy epic from the team that brought you the acclaimed C64 sci-fi hit release Organism.  Choose your warrior from the title screen and then hack and slay your way through over a dozen exquisitely detailed landscapes, slaying assorted beasts and monsters that confront you during your quest to defeat an ancient evil that has returned to your lands. As noted by the website, this truely fabulous looking game will be released at some point soon from Psytronik Software as either a standard cassette format, a special clamshell tape edition (limited to 50 copies), budget C64 disk, premium+ C64 disk and or as a special Collector's Edition box set featuring the game on disk, soundtrack CD, artwork poster, keyring, badge, stickers + more! 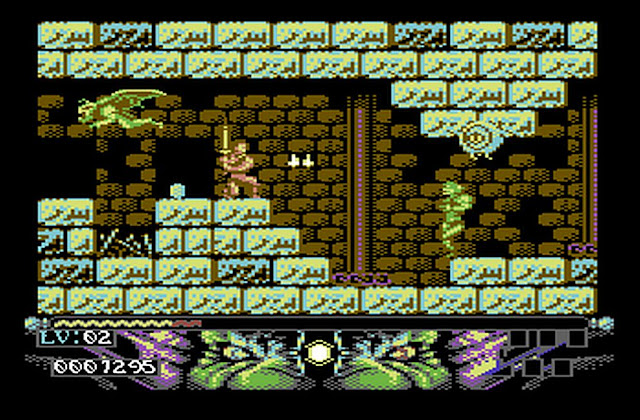 If that wasn't enough to get you retro excited, the game will feature epic boss battles, 15 lands to fight through, have atmospheric soundtracks, include a bonus music demo, and finally all of this as a stunning presentation created in some way by Achim Volkers, Trevor 'Smila' Storey, Sal Cross and Jason 'Kenz' Mackenzie through Psytronik Software.