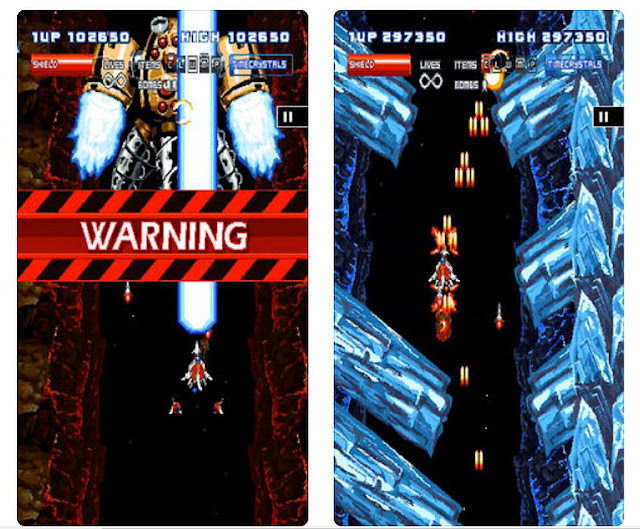 There are some seriously good shoot em ups out there, games such as Gradius, Super Aleste, R-Type, and Raiden to name but a few. But finding a decent shoot em up for an Android or iOS based device isn't as easy. Thankfully Richard Morgan was on hand to help, as he has released 'Starsceptre'; a pixelated shoot em up using touch controls to shoot your way through the game, testing your nerves and reactions to their limits.


As the pilot, you awake suddenly in the cockpit of your Starfighter to find your short-term memory missing and your planet shattered into two halves. Accompanied by a mysterious stowaway who wields the Starsceptre - a magical device that rewinds time - you must battle your way to defeating the evil Draxses. The game features top notch gameplay, high grade retro aesthetics, an awesome soundtrack, and crazy enemies and super weaponry!