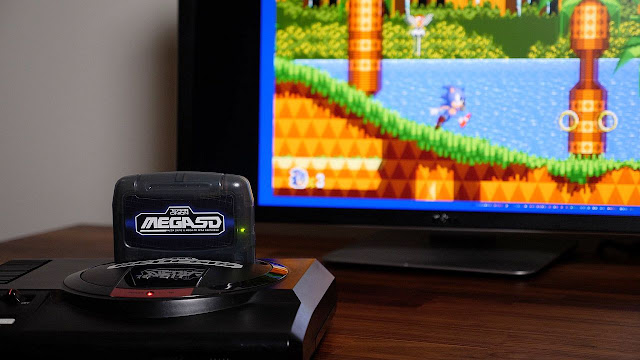 We've certainly featured a good number of SD based devices over the years, from the SD2SNES, Everdrive N8 and even the Mega Everdrive to name but a few. But now a new contender is looking to dethrone the name SD, as Terraonion has announced the MegaSD; the World’s First Mega-CD/Sega CD FPGA Optical Disc Emulator, as the ultimate accessory for Genesis/Mega Drive. Complete FPGA recreation of the entire Mega-CD/Sega CD hardware into a plug and play Cartridge!

Yes indeed if you're looking for the ultimate in SD based devices for your Sega Mega Drive then look no further than the MegaSD. A device which plugs into your Sega Mega Drive and plays not just your standard Sega Mega Drive games, but 32X games((requires 32X add-on), Sega Master System Games, Genesis games with CD Audio, like MSU-1, and what will really blow you away, is Sega CD games without the original CD hardware attached!