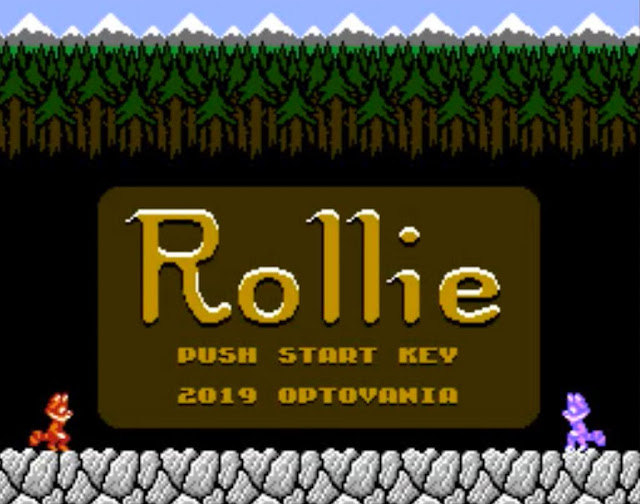 Thanks to a heads up by our good friends RetroVideoGamer, they've come across a lovely looking platformer for the NES called ' Rollie ' developed by Optovania. This game that has been developed over the course of the last 2 years, is an upcoming platformer that at some point this August, will see its very own kickstarter for the game to be developed into a full product.


Explore deviously designed levels and fight bosses across different themed worlds in an aim to complete your quest to save a forest from greedy animals. The game features multiple abilities such as being able to roll, different enemy types, a 2 player mode, dangerous traps such as spikes, a cool soundtrack, and lots of items to collect spread throughout 16 large stages. For more information, keep checking the links below as a Kickstarter is coming soon.