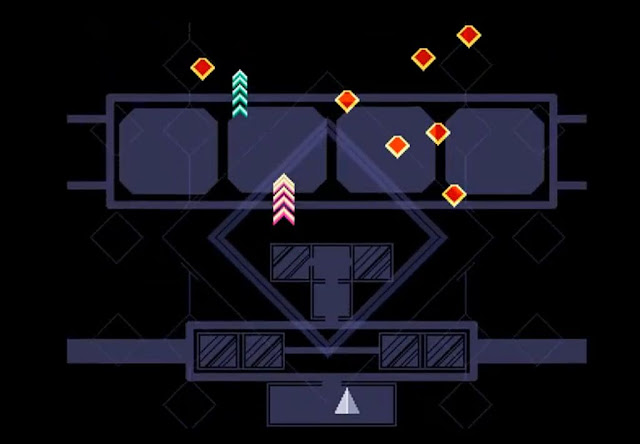 The Amiga is doing well for Shoot em up homebrews this year, what with Reshoot R and SkillGrid to name but a few. But now another game has appeared to join this years short list of kick ass blasters. As thanks to a heads up by Saberman, we've been told of an early project announcement for the Amiga game called 'Geometrical Blast'; An upcoming Amiga title developed using Amos, which will hopefully work on a Commodore Amiga 500 (512kp Chip / 512ko fast) and above.


Although it's a very early project, only announced this week. Already we can see the makings of a great game! As not only does it have smooth scrolling backgrounds, but there's an onslought of enemy waves that need to be dealt with as fast as possible. Sadly that's all we know so far, but there's hope more will be added down the line including sound effects and all playable at 50fps on an Amiga 500.