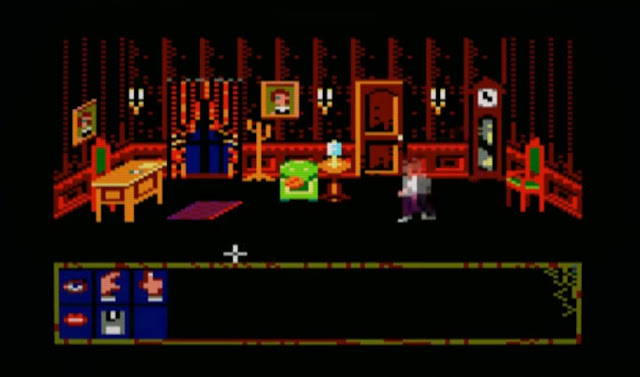 With games such as the latest homebrew of Caren and the Tangled Tentacles on the C64, there's many who'd hope to create such a thing on the Amstrad CPC. Thankfully that may be a possibility down the line, as according to XeNoMoRPH on the cpcwiki forums, Paketesoft has released a very early playable demo of the latest engine they have developed for the creation of point and click adventures for 8-bit systems including the Amstrad CPC, called PAKET (Point And Klick Engine Tool).


As announced on the forums, the current version only works on the Amstrad CPC and the demo consists of a single screen. It contains no sound or music effects and the saving options are disabled. At the end of the demo a message will appear with the time you have taken to resolve it. The developers are encouraging users to use your time to calibrate the gameplay, especially in the final edition of the game they are developing with this engine.