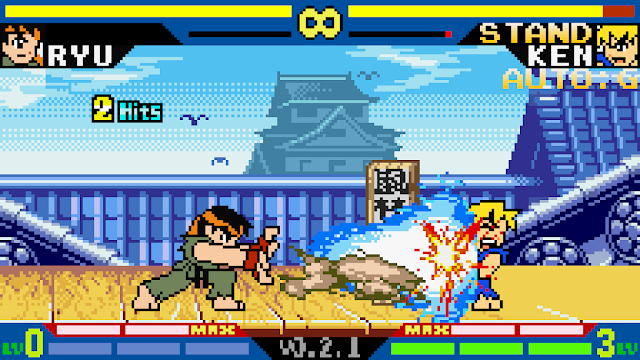 There's so many people out there that love playing fighting games, games such as Street Fighter or even King of Fighters to name but a few. But there's one game out there you may not of heard of, and and that's Pocket Fighter EX by MarcDWyz; a fighting game inspired by the NeoGeo Pocket Colour fighters, with an enhanced visual style based on NeoGeo Pocket Colour, accommodating Street Fighter and King of Fighters characters!


Pocket Fighter EX is a free fan game, it is not associated with SNK or Capcom but is available to try as a current v0.3.0 demo. If you've played fighting games before then you know what to expect with this one, play as a choice of characters, use kick ass moves and special attacks, and wipe your opponent off the floor!