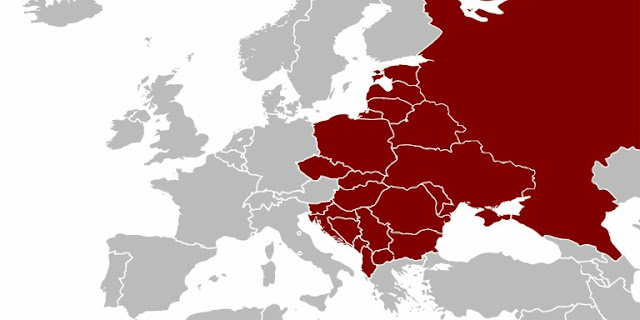 The majority of games that people usually play are either from the West or Japan, but what about Eastern Europe? The term “euro-jank”, is often used when describing games from this region, but these games are usually well-meaning, over-ambitious and buggy as hell, but the most important thing is that they try to do things differently. In this article, the games covered will be good (possibly buggy) games, from Eastern Europe. Unlike most of the Under The Radar articles, I will try to present as many games as it’s possible. 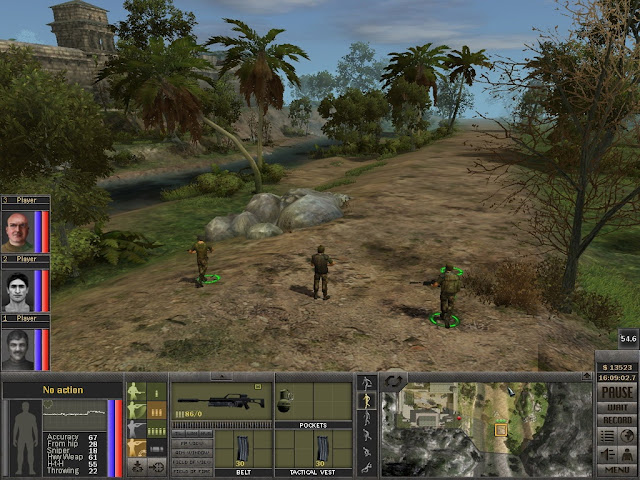 Strategy and RPG games are always popular in Russia, and one of the most popular games was the Jagged Alliance series. There were three JA clones made in Russia (Brigade E5, 7.62 High Caliber and Hired Guns: The Jagged Edge), and 7.62 was the most successful attempt. The game is officially a sequel to Brigade E5, and it offers the player a non-linear game, with multiple choices and endings. Unlike the JA turn-based combat, the game uses an SPM (Smart Pause Mode) system, which is basically a real-time with the pause combat system. This can lead to some very intense firefights, and the game calculates the trajectory of each bullet in real-time. 7.62: High Caliber also has an insane amount of attention to detail, which is one of the game’s strongest sides. Every piece of gear has a purpose. Each choice you make affects how well your characters perform in combat. The games feature over 150 weapons, and each weapon can be modified with varying results.

The goal of the game is to find a certain Russian “businessman”, who stole a large amount of money from his “colleagues”. He is hiding in a small Latin American country, but the conflict between the government and rebels makes this task much more difficult. You can choose who you want to side with, or you can find him on your own.

The game was not without problems, and while it has good ideas and concepts, it was full of bugs at its release. This was fixed in a massive patch by the mod community, called “7.62 Hard Life”, which eventually got its stand-alone release.

This version of the games fixes numerous bugs and issues, and also adds even more weapons and quests. The original version of the game also has several mods and all of them add different things to the game. If you are looking for a tactical RPG in the vein of Jagged Alliance, try 7.62: High Caliber, or it’s upgraded version. 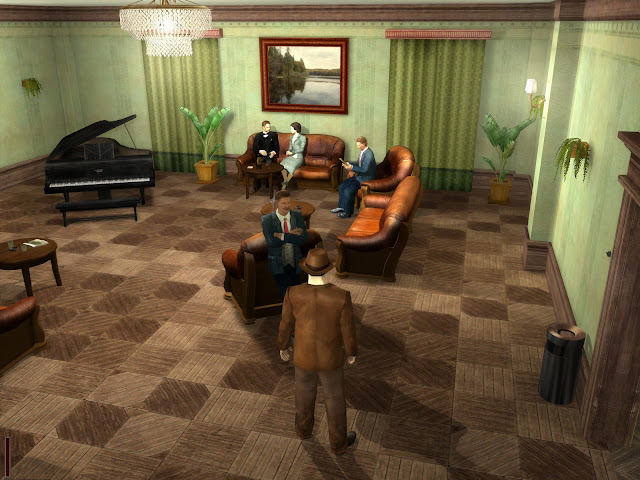 SMERSH, or “Death to Spies” was a set of Russian counter-intelligence agencies during the WW2. The missions performed by the SMERH, was counter-intelligence, counter-terrorism, arresting spies, traitors, deserters, and the protection of the front lines against penetration by spies. The games can be best described as Russian “Hitman”., as it has a lot of similarities with that franchise. The game is hard, and probably one of the hardest stealth games, but fair. This being a stealth game, you are vastly outnumbered and can even fail certain missions is the alarm is raised.

The game has awareness and suspicion bars, and if you make too much noise the enemy will come to investigate it or even raise an alarm. One of the most important things in the game are disguises. You must pay attention to disguises as higher-level enemies, are more suspicious and pay attention to detail. For instance, enemies will recognize foreign weapons, and you must do your best to blend in.

Compared to other stealth games, Death to Spies is much more realistic, but this also makes it hard. If you make one mistake, it’s game over, but this makes finishing challenging levels feel much more rewarding.

The game is also not without problems, and the graphics look dated (even for a 2007 game), and with its minor issues and challenging difficulty, it certainly isn’t for everyone. Death to Spies also got two sequels, and if you are looking for challenging stealth games, check this game out. 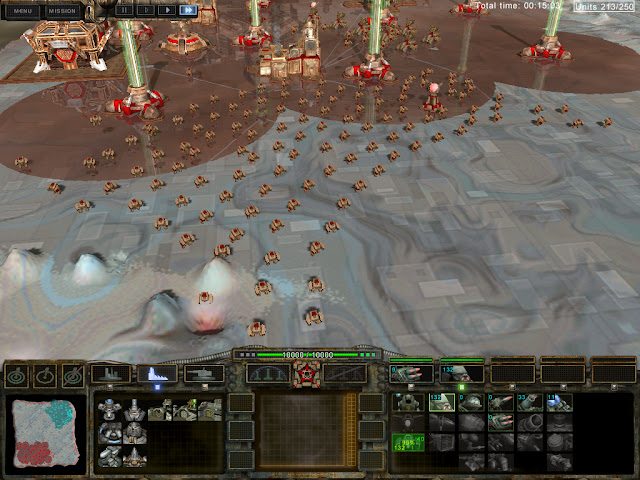 Perimeter is an RTS bit with a unique twist. The game tries to change the mold of RTS games, with some unique concepts. Unlike most RTS games where you mine resources, in Perimeter there are no resources to mine. Instead, you must rely on terraforming the ground, which in turn makes the whole battlefield one big resource. The more ground you terraform the more power you will have, but there is the twist.

The plot follows Earth refugees, as they travel through dimensions formed with thought and imagination. This all goes well, until the Scourge appears, which in short are monsters created by human nightmares. The humans split and form three factions, and during the campaign, you will learn their motives and philosophies. The twist is, that everywhere they set foot, the Scourge appears. It comes out of the ground and spreads like a plague, and is determined to remove you from the world that they inhabit. Perimeter also has an interesting unit concept. You can only create three basic units (Soldier, Officer, and Technician), and to create more advanced units you must morph squads of existing basic units. This allows you to change strategies and tactics on the fly, while you are fighting enemy armies.

Perimeter also received an expansion pack, as well as a sequel in 2008. If you are looking for a unique RTS, give Perimeter a try 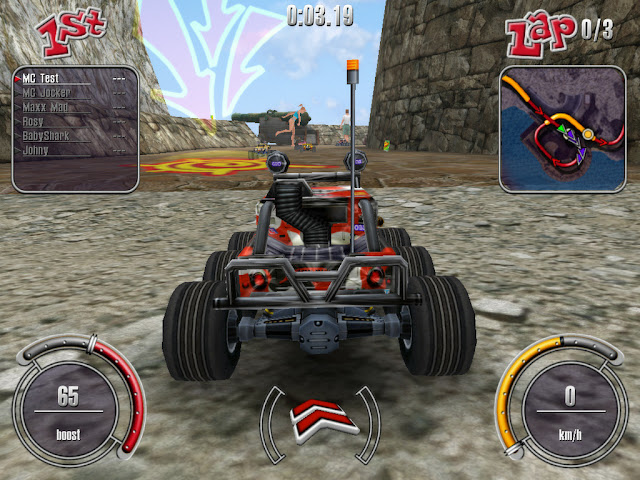 RC Cars is a small, arcade racing game where you control remote-controlled toy cars. Unlike, most arcade racing games, RC Cars can be quite difficult. The cars that you control, all feel different, and hitting any bumps or obstacles on the road will send your car out of control. There are numerous obstacles on the track, like people (who you can hit), traffic and even get shot. Each car can be customized and upgraded in three categories: engine, boost, and tires. Upgrades cost money, which can be earned by winning championship races. Also, you must pay to enter championship races, which can lead to you grinding for money, but this is a rare occurrence.

The tracks in the games have a good variety, and you get to race across beaches, highways, ghost towns, mines, and even military bases. You must learn the shortcuts if you want to win certain races, and you can also bump off opponents. This being an older game, some tinkering is required to run the game on modern systems.

The game also supports split-screen racing, which is always a nice feature. If you are looking for a good arcade racing game, give RC Cars a try. 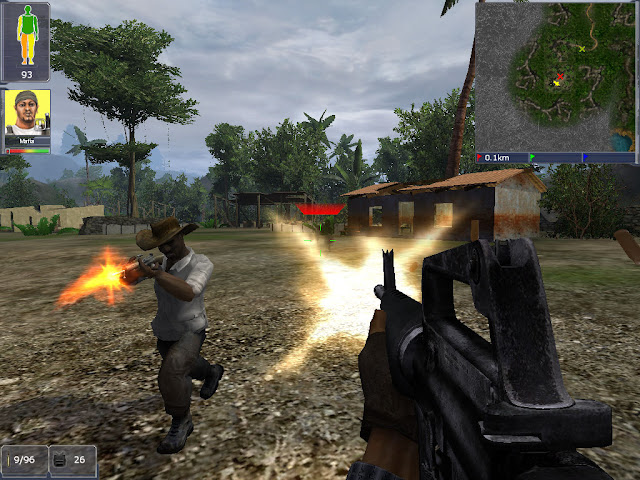 Boiling Point: Road to Hell is one of the most ambitious games, with some interesting concepts and ideas. It can also be viewed, as Ukrainian “Far Cry”, even though it was released three years before Ubi Soft made Far Cry open-world. The plot follows Saul Meyers, an ex-French Foreign Legionnaire as he searches for his missing daughter, in troubled Latin American country of Realia. The game is set on a 625 square kilometers map, and there are no loading screens or level transitions. The majority of the game takes place in Realian Valley, which is mostly a tropical jungle. There are only two cities in the games: one on the west controlled by the government, and one on the east controlled by the rebels. One of the main features of the game is its faction system, and you can join various factions during your quest.

There are also several means of transportation, ranging from cars, boats, helicopters, planes and even tanks. The game is a mix of FPS and RPG mechanics, meaning that character progression is skill-based. Some skills can be enhanced through practice and will decrease via disuse. The number of skills is limited, however, and is constructed around weapon efficiency or physical attributes.

While the game was ambitious and tried to do something new, this was unfortunately followed by a large number of bugs, glitches, and bad performance. Most of these problems were fixed in patches, but the game is again not without problems. The game received the prequel of sorts in 2009, called “White Gold: War in Paradise”. It was released on Steam, in November of 2016 and received a “mostly positive” rating.

If you are looking for a mix of FPS and RPG gameplay, you may want to check out Boiling Point: Road to Hell, but beware that this game is not for everyone. 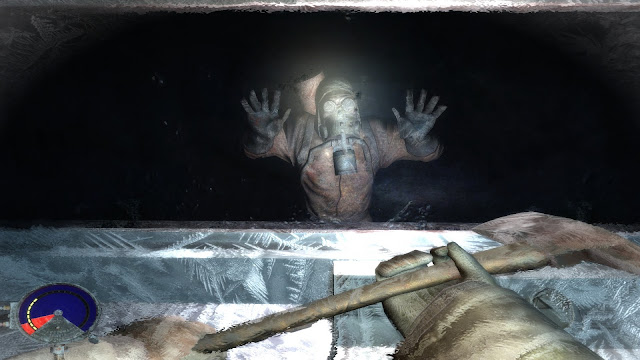 Cryostasis: Sleep of Reason, or simply Cryostasis is a first-person psychological horror game, set near the North Pole in 1981. Its story and gameplay revolve around a unique system, Mental Echo. This means that you can access another person’s memory and change the actions taken by that person. This can lead to saving people’s lives by controlling them in their memories and changing the outcome of events.

The game, being set in the North Pole, uses body heat as a health meter, and you must use heath sources to replenish your health, or otherwise, you would freeze to death.

The plot follows a meteorologist Alexander Nesterov, who is supposed to board Arktika-class, nuclear-powered icebreaker, called the “North Wind” for a trip back home. However, he discovers that the ship has been shipwrecked since 1968 and that the crew has undergone a bizarre metamorphosis. The game was inspired by Maxim Gorky’s fairy tale “The Flaming Heart of Danko”, whose fragments you discover during the game.

If you are looking for a psychological horror game with a unique setting, try Cryostasis: Sleep of Reason. Please note, that some tinkering may be required to run the game efficiently on modern systems. 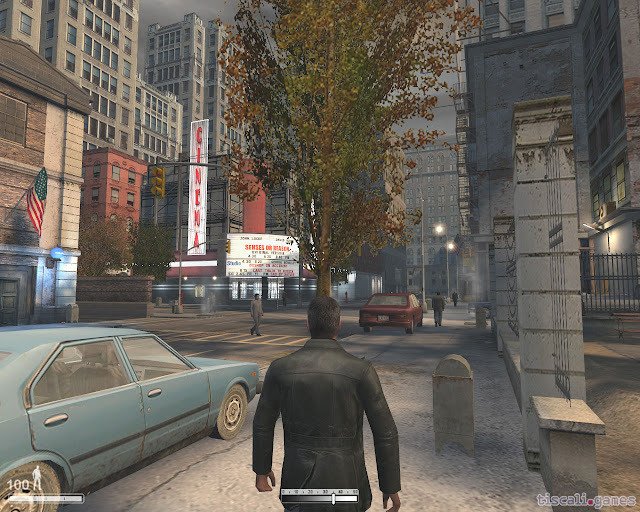 Chameleon is a stealth game, developed by a Slovakian developer Silver Wish Games, a division of Illusion Softworks (the developers of Mafia). The game uses the LS3D, the same engine used in the first Mafia. The game was actually finished in 2003 but was released in 2005, mostly in Eastern Europe. The interesting thing about the game is that most of the dialog is dubbed in English, but some of the text is lost in translation. The voice acting is decent, and it’s quite a shame that the game was never released in western markets.

The plot follows a nameless CIA agent, you are haunted by the assassination of your parents, and are determined to find the assassins and figure out their motives. The game will take you around the world, and you will visit places like Argentina, Afghanistan, Cuba, Lebanon, and Moldova. Taking into account that the game uses a bit dated aged engine for the time, Chameleon is quite atmospheric and has a gritty, noir style to it.

The gameplay is linear, and missions are either semi open-ended stealth mission or straightforward first-person missions. The missions range from infiltration, interrogation, assassination, etc. Despite being a stealth game, the game does allow more action playstyles, and raising the alarm doesn’t result in a game over, just more enemies which add to the challenge. The game has good stealth mechanics, and the game will notify you if you are spotted, giving you enough time to take cover before you’re detected. There are also environmental puzzles to bypass the guards more easily.

There are a good weapon and equipment variety, ranging from pistols, SMG, snipers, etc. You can also use various gadgets like a spy camera, different lock-picks, etc. The game also allows for a silent takedown of enemies, and you can check them out, tasing them, or using a silencer.
If you are looking for a good stealth game, give Chameleon a try.