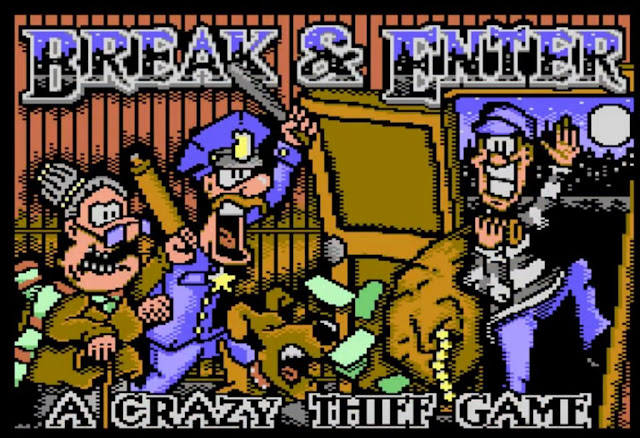 Throughout the years we've played a lot of C64 previews, some have been turned into fully fledged games, while others have vanished into the neither never to be seen again. One such game called ' Break & Enter ' is one of those uknown previews. It's certainly a very nice looking game, giving the impression of a Miami/Grand Theft Auto mix, but according to the team it was scrapped during mid development and this maybe the only preview we will get to play.


Sadly there isn't much to do in this preview as it is in an unfinished state, but already we can see the makings of a game that would been a highlight in the C64 scene. I mean seriously how many of us enjoy playing top down car games, racing around town avoiding crashing into other cars! But what really impressed in this early preview other than the tunes, was the fact the game opened up into a rather nice eye candy experience, as you break into peoples homes and look for loot to futher increase your criminal finances... Certainly a nice little preview, but there is always hope, we will get a full game down the line!