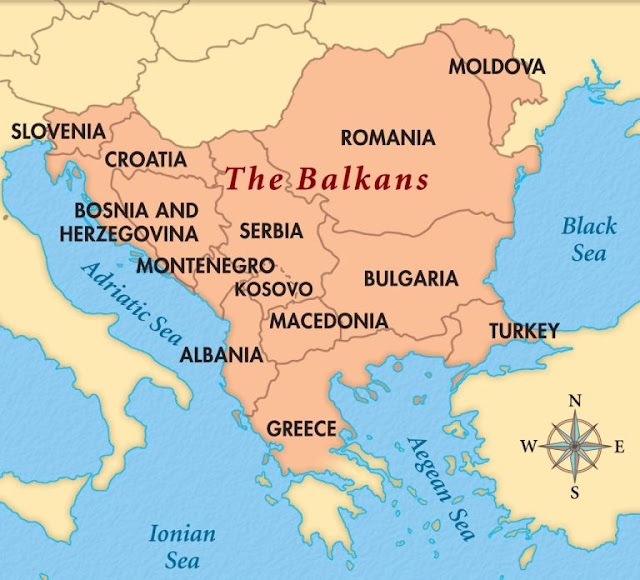 Under The Radar is back, and once again is bringing you games that might have gone under your radar. This time we will take a look at the games from Balkans, specifically Serbia and Croatia. While not developed with AAA budgets, they were developed with love and passion for video games, often on a small budget. So, let’s begin! 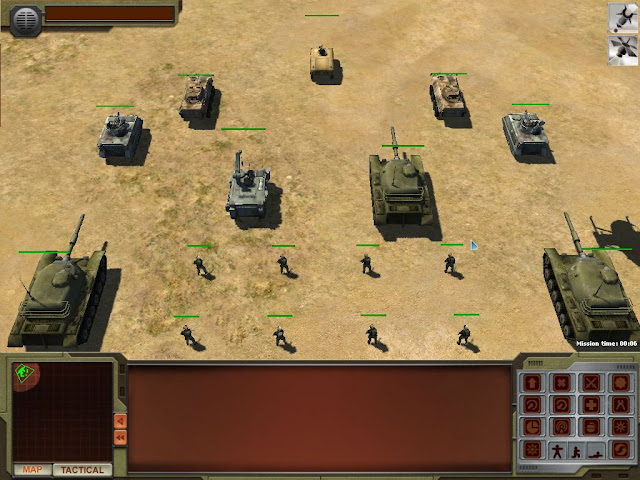 Developed by Gameyus Interactive and published by GMX Media, Will of Steel was released in 2005.

The game is an RTS, and you take control of a USMC officer named (perhaps, ironically) William Steel and participate in the 2001 Afghanistan campaign and 2003 Iraq invasion.

The graphics and music are Ok for the time, but the game is full of small bugs and some questionable design choices. In the game there is no base-building or collecting resources, instead, you control several types of units. There are the infantry units(snipers, engineers, medics), APCs, Tanks and several helicopters. While the balance of the units is good, the game sadly has really bad pathfinding. For instance, you will need to micromanage every unit, and the units can get stuck on small obstacles, like rocks, wrecked cars, etc. This can create frustration, especially with infantry units. Additional problem is that giving additional orders can result in small twitches from units or silence, leaving you unsure if you actually issued the orders.

The voice acting, music and the overall presentation is good, and the game even lets you issue orders using a mic. This works surprisingly well, and the game recognizes orders, even if there considerable noise (like music or talking). While the game is nothing special, the game at least tried something new, like voice commands. I recommend this game only to, hardcore RTS fans. 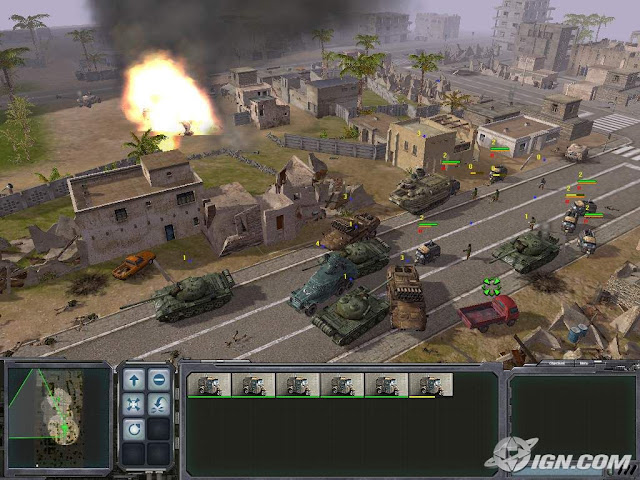 After the release of Will of Steel, Gameyus didn’t wait long, and in 2006 released Alliance: Future Combat. This time published by Strategy First, Alliance: Future Combat is an improved version of Will of Steel. The game is set in the near future and follows a conflict in a fictional Asian country, Democratic Republic of North Dzambystan. Similarly to Will of Steel, you will command a small number of units, with scripted re-enforcement when you complete certain objectives.

There are many improvements, compared to the previous game, as the game uses an improved engine. For instance, the UI is now cleaner, and the vehicles can’t run if there are no units in it. The biggest addition, is the quality of life feature, are the identifying markers that float above different units. This is a large improvement, considering it was difficult at times to properly identify different units in their previous game, Will of Steel. The pathfinding has also been improved, but there are small issues concerning long distances or when surrounded by several vehicles. Also, if your unit sustains enough damage it will retreat, and if your vehicle catches fire, it’s crew will bailout.
The overall presentation is good, and graphics and music are Ok for the time. Like the previous game, you can also issue voice commands using a mic, and it works fine with most headphones mics. Overall, it’s a decent RTS, and if you are looking for a good C&C clone, give this one a try. 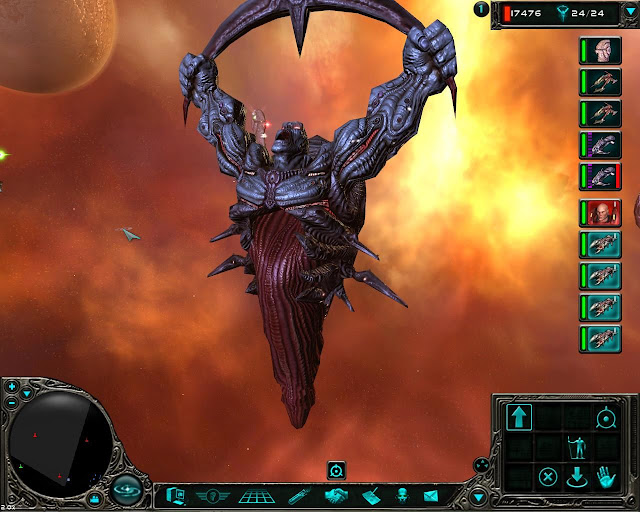 Developed by Metamorf Studios, and published by DreamCather Interactive (a Canadian publisher), Genesis Rising was released in 2007. While the game might look similar to Homeworld or Nexus: The Jupiter Incident, the game actually plays similarly to StarCraft. This means that the game is played on a 2D plane, and has no Z-axis (you can’t move ships up or down). It’s a base-building game, but you also have the option of modifying your ships on the fly, if certain conditions are met. You can use “genes” from ship carcasses, you can “mutate” (upgrade) your ships in real-time, equipping them with weapons and abilities.

The game is inspired by the comic book “Cruciform” by Gorana Rajšić and Nikole Vitković (it can be compared to the cult classic comic book “Den” by Richard Corben). The plot is full of twists and turns, and you control Captain Iconah, you are sent to conquer the last remaining independent galaxy: The Universal Heart. During the campaign, you have the option of making alliances with other alien races and use their resources or support, or not. The game also has a multiplayer and co-op options, although the multiplayer used to be powered by GameSpy.

The main issue with the game is, that it’s difficult to get it to properly run on modern systems. The game is available on Steam, but this version is missing several files and requires a guide to get it to work properly. Overall, a decent game and I recommend it to strategy game fans, or those looking for obscure games. 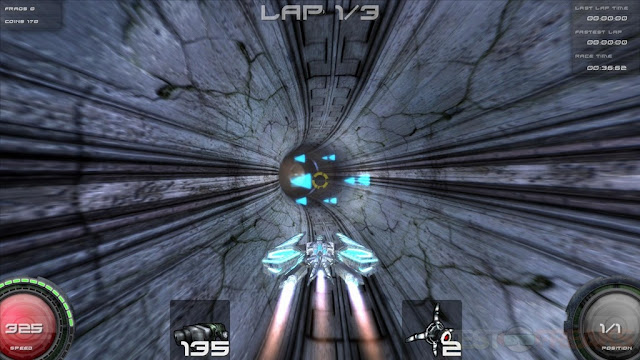 Pyroblazer is a futuristic racing game developed by Eipix Entertainment (from Novi Sad) and published by Candella Systems (and City Interactive, for Eastern Europe), it was released in 2008. In the game, you take control of the craft known as the “Blazer”, an anti-gravity combat racer. You can attack other opponents, collect weapons and ammo, and unlock more powerful “Blazers” by either winning races in the Championship mode.

The game was developed by a small team, with self-funding and lead by Mirko Topalski. The game was developed in just 1095 days. It’s obviously inspired by Wipeout, Ballistix and similar titles. The game features 3 worlds, with 40 different levels. The graphics and music are Ok, considering the budget, and the control of the racers is for the most part decent.
Pyroblazer is available on Steam, Direct2Drive and Gamersgate, so if you are looking for obscure racing games, give this one a try. 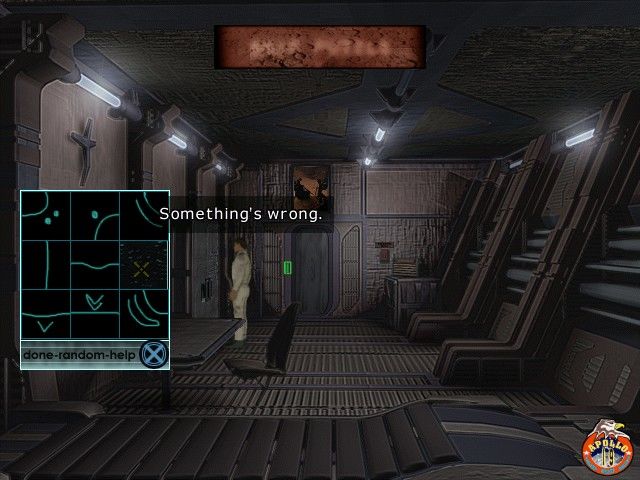 
The story is interesting and full of twists. After the crew of Apollo 19, is attacked while on a routine mission on the Moon surface, only one crew member survives. Astronaut David Walker survives and wakes up in a strange alien facility, full of dead aliens. After escaping from his prison cell, he finds out he’s still on the Moon, and from there on the mystery only gets deeper.


The Ward is a game that’s long, hard and challenging, and hardcore adventure gamers will be pleasantly surprised. It plays like traditional point-and-click adventure games, with a UI that is easy to understand. The game is divided into three parts, and the first and second chapter focuses on exploration and puzzles, while the third part also introduces simple action segments.
The only flaws are less than stellar graphics and lack of voice acting. This can be forgiven, due to the game being developed by a small team, and with a shoestring budget.

The Ward was a success, and it’s project lead Leonardo Magdić, later created Provox Games and continued creating games. If you are looking for adventure games or sci-fi games, give The Ward a try. 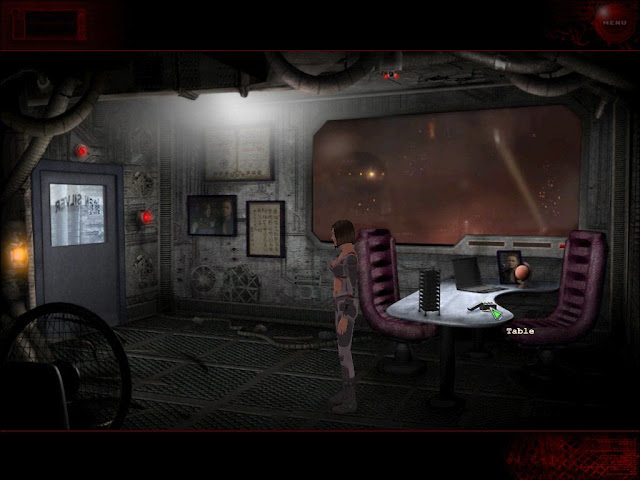 Another adventure game from Croatia, this time developed by Razbor Studios and was released in 2004. Legacy: Dark Shadows is a sci-fi adventure game, with conspiracies, ancient ruins, and other sci-fi tropes.

The story follows Ren Silver, a private investigator, who together with her partners, a journalist Ted and Hacker (a computer whiz), is usually working on boring cases. All of this will change, once Ted goes missing, and her leads will take her to Mars, where she will stumble upon a conspiracy, that reaches deep into the past, specifically WW2.

While the game has an interesting premise, the presentation is severely lacking. While one cannot expect AAA voice acting, the voice acting in this game is awful. It will make you wonder why did the voice actors even accept the job if they did it so purely. The main character sounds uninterested, miserable and like she doesn’t want to be in the game. The supporting cast isn’t much better either, complete with stereotypical Russian and Texan accents.

The graphics are serviceable, but nothing spectacular. The environments and characters look decent, but the animation could have been better. This game was also created by a small team, and obviously with the small budget. So, if you are looking for sci-fi or adventure games give this one a try, but just don’t expect AAA quality especially, when it comes to voice acting. 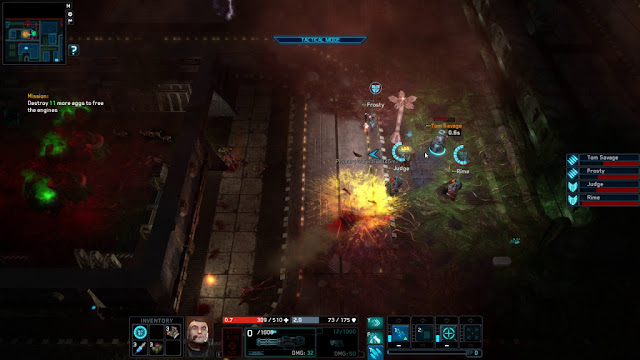 The Red Solstice was one of the few Croatian games that were successfully funded on Kickstarter and was published through Early Access in 2015. Developed by Ironward, a small people of around ten people, The Red Solstice is a huge success.

The plot is set in 117 AE (After Earth), on newly colonized Mars. With terraforming well underway, the alignment of the northern winter solstice with the planet’s closest approach to the Sun triggers a global dust storm, that lasts for several weeks. After the storm passed, the colonies lost contact with Tharsis, also known as “The Capital”, and elite marines of the Elysium Corporation are sent to investigate and find out what happened to the colony.

The game is similar to Alien Breed, or NOTD (a mod for StarCraft 2), the game is focused on team-based strategy. The game starts easily enough, but soon enough the difficulty will quickly ramp up, even on Normal difficulty. Each mission consists of navigating the colony, and eliminating zombies and other monsters, as the plot slowly unfolds. You can issue orders to your marines, such as fire, heal, etc. The additional challenge is the light, or lack thereof, as darkened allies and rooms will negatively affect aiming and locating enemies. The game also supports multiplayer and co-op up to 8 players.

The game was successful, and it got two new games in the series: Solstice Chronicles: MIA and The Red Solstice 2: Survivors (to be released in 2020). So, if you are looking for good, tactical action, give The Red Solstice a try.