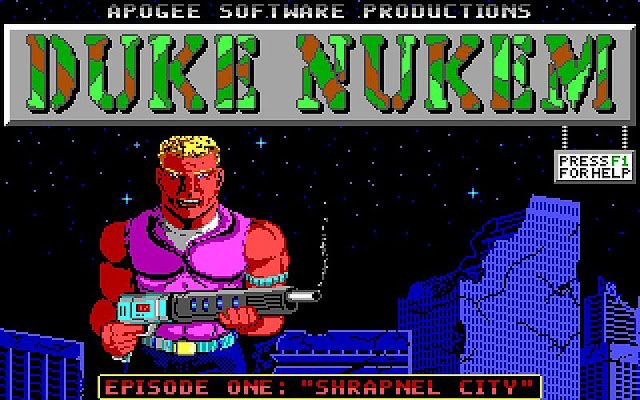 Long before he became a video game icon, Duke Nukem had humble origins. So, let’s take a look at the very first game, of this legendary video game icon.Duke Nukem (or sometimes Duke Nukem 1) was developed by Apogee Software and released in 1991, Duke Nukem was one of the many Apogee platformers at the time. Created by a small team, the game was programmed largely by Todd Replogle, with the graphics and additional work being done by Jim Norwood (Bio Menace), Allen H. Blum III and George Broussard, and was produced by Scott Miller. Duke Nukem’s development was also helped by id Software (mainly John Carmack), who helped with some minor programming issues.

Duke Nukem 1, was divided into three episodes: Shrapnel City, Mission: Moonbase and Trapped in the Future, with the first one being available for free as a part of an Apogee shareware model, at the time. 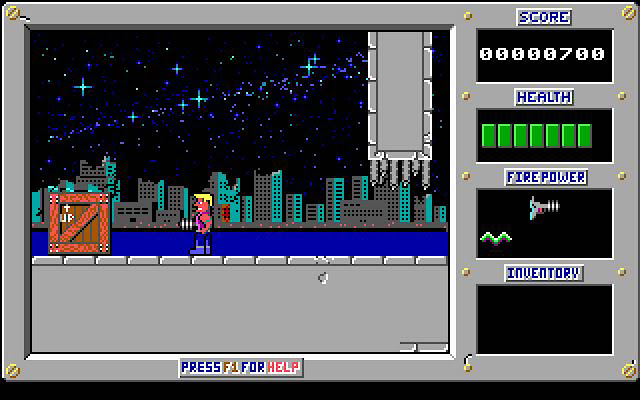 The game plays like a pretty standard platformer at the time, but the developers also added several gimmicks to spice things up. Like any standard platformer you can jump, shoot, collect points and destroy stuff, but you can also collect health power-ups, gun power-ups (up to five times), and useful items like the grappling hook, super jump boots, and the Robohand. Each of these items is used automatically, and you don’t have to select which makes things much easier.

There are several obstacles and enemies that you will encounter during the game. The most basic obstacles are spikes, redball, and a wallcrawler. The enemy’s variety is good, and you will encounter such things as flying enemies, simple techbots, tank techbot, Foot techbot (clearly inspired by Robocop), Helicopters and many more. To end each level, you must find all of the keys and then find an exit. The final level of each episode is completed by defeating Dr. Proton. 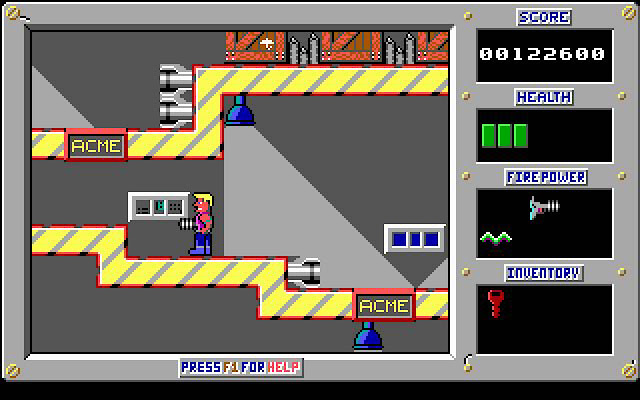 The presentation is good, and Duke Nukem 1 is probably the only game that has enjoyable PC Speaker sounds. The graphic has a certain charm to it, but due to technical limitations, the screen would scroll by moving 8×8 blocks, rather than individual pixels. This technique was used in other games such as Cosmo’s Cosmic Adventure and Duke Nukem II. Interestingly, enough Duke Nukem 1, also uses borrowed graphics from other games such as Turrican, and the MS-Dos version of Mega Man and these are mostly background graphics. 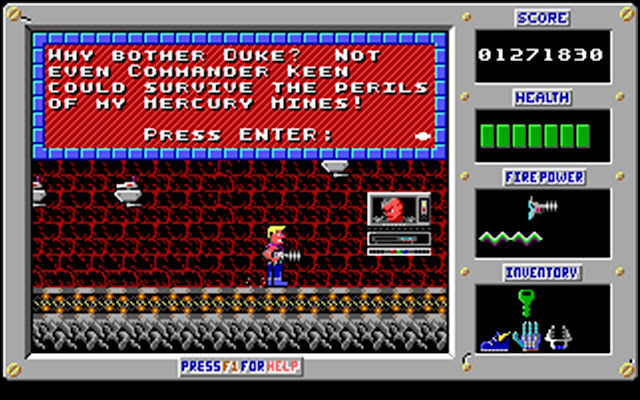 The early versions of the game, have the name “Duke Nukum”, after Apogee found out about a character from the “Captain Planet and the Planeteers”, which featured the character with the same name (Duke Nukem), and changed the name to avoid a lawsuit. After finding out that the Duke Nukem name was not a registered name, Apogee registered it and used the name in all of the future games..

Duke Nukem 1, for the most part, is an Ok game, which was amazing at the time, and (by Scott Miller’s estimation) it sold around 60-70,000 copies, which was enough money to make a sequel. The sad thing is that due to legal reasons, the game is no longer available for purchase in online stores. So, if you want to experience this gem, you would need to get creative in looking for it. Other than that, Duke Nukem 1 is a definite recommendation. 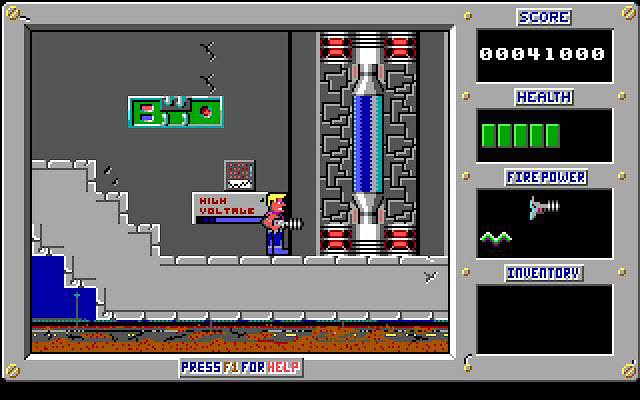 *This review marks the one year anniversary of Cola Powered Gamer! On February 10th, 2019, I found the blog, as I wanted to write about the games that I found interesting. Shortly after its founding, I found a small, but increasing audience, and as of this writing the blog has around 200 followers. In July 2019, the review of UFO: Enemy Unknown got featured on Indie Retro News, which helped the blog gain a bigger following.

Since then, my reviews on Indie Retro News have around 35,000 views! The review of Wing Commander also got featured on Wing Commander CIC (the most popular WC fan site), and I also started writing and doing interviews for The Gaming Ground. I never thought that people would read my reviews in such numbers, and while it may seem like a small number to some, I take pride in that the people are interested in reading the blog. I want to thank Darkwynd PT, Indie Retro News, Zach Murphy, Darkstalker90 and many others for reading and supporting the blog! I appreciate it!*