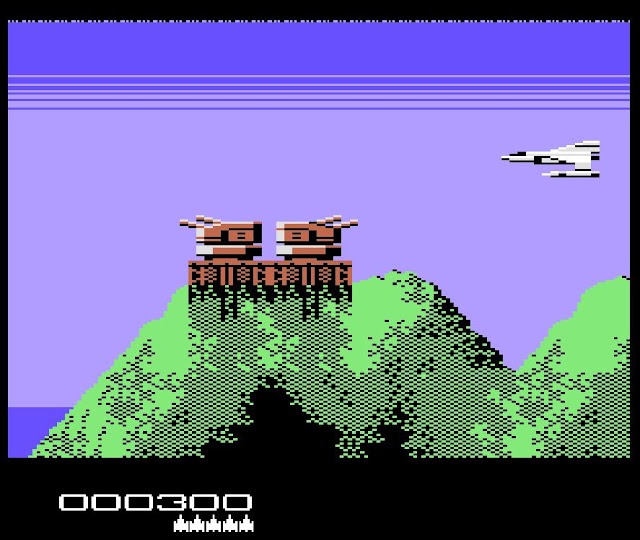 Another day and another C64 announcement, as trawling through the latest dimension updates, we've come across a new game from Alf Yngve and Richard Bayliss called 'Spearhead'; a large sprite SEUCK developed game, in which your mission is to fly the Spearhead fighter across hostile territory, and destroy the four enemy strongholds. If you succeed in blasting the fourth and final stronghold, the message "YOU DID IT!" will appear and you've won the game!


According to The New Dimension for the third entry in the SEUCK competition as an inspiration to Scramble. Spearhead features some huge sprites and plenty of explosive action packed game play. There are also some pretty clever features, which of course is possible to implement in SEUCK such as the scrolling hills of green and mountain ranges requiring pretty much no programming at all! So load up the game, listen to the awesome tune 'Matter Transporter' and have a blast.