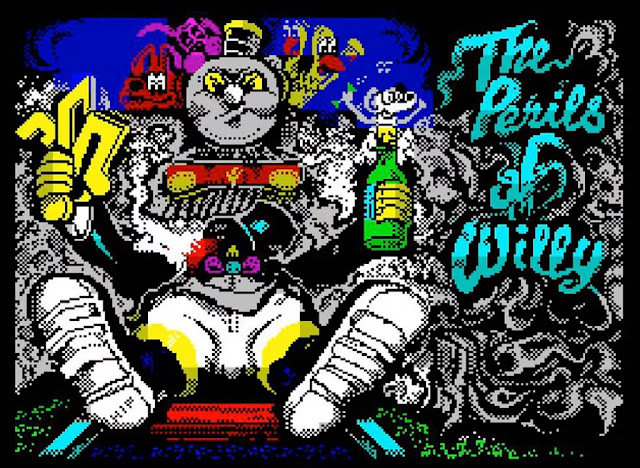 Many years ago in 1984, Matthew Smith with publishing rights by Software Projects released the all time classic game ' Jet Set Willy ' for the ZX Spectrum. It was a game that star'd none other than Miner Willy who was tasked by the housekeeper Maria with the cleaning up of items left around the house after a big party. But now after all this time good ol' Willy has appeared once more! As unlike the other games we've mentioned, this is " The Perils of Willy ZX ", a conversion of a game that was only ever released for the VIC-20 in 1984!

Yes indeed you can never get enough Willy, as now thanks to highriser, he has released the full and complete game from the Vic-20 over to the ZX Spectrum. As in his words "all levels from the original are here, but the game may be subject to change. Therefore you are welcome to play it, write reviews and make 'lets play' videos but I would appreciate it if you do not make full 'walkthrough' videos for now as it may not reflect the final game".