Wormhole - A gorgeous C64 game published via Protovision gets a release! 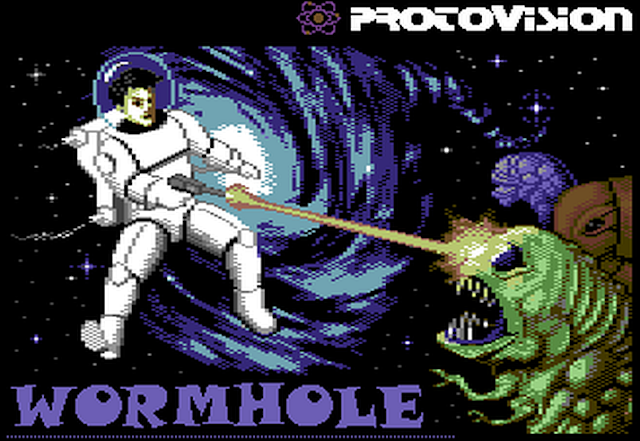 I'm rather surprised this game hasn't got more attention in the C64 scene, as not long ago thanks to Milo's heads up, we were told that Protovision had recently published a rather awesome looking run and gun C64 game called ' Wormhole '. In this game developed by TRS, you control a saviour who must rescue a professor and stop a wormhole experiment that has gone horribly wrong with an invasion of hostile aliens. 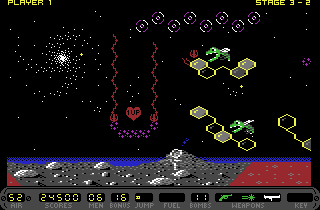 Equipped with a rocket-driven Hazmat suit, you have to make your way through research facilities, a WORMHOLE and rescue the Professor. The game has a great selection of levels (15 in fact) that is divided into three different chapters, each one having their own visual style. Furthermore if that wasn't enough to whet your appetite, the game doesn't just feature one or two player control (alternating, only one active player at a time) using one or two joysticks, optionally, but multiple weapons, and bombs to give you the edge!