Spectacle - A new PC adventure inspired by games such as Shadowgate 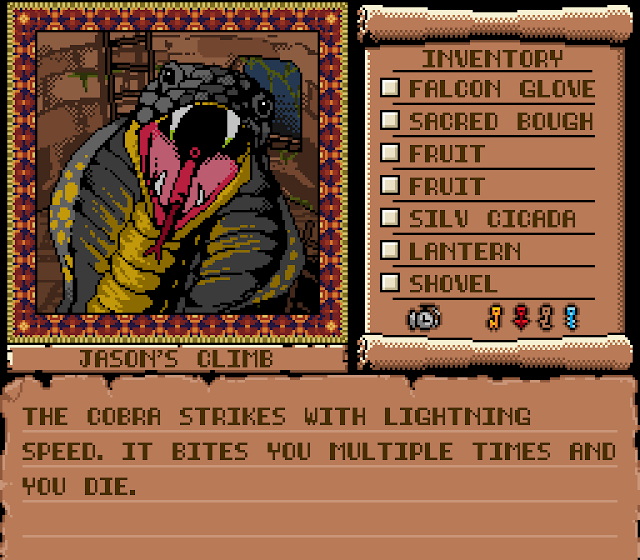 Great news if you loved games such as Deju Vu, Uninvited or even my personal favourite Shadowgate, as we've just been told through our MS-DOS Gaming Facebook group, that GrahfMetal has released a PC game of similar style to those games called ' SPECTACLE '. This adventure game announced just recently, puts you in control of someone who is stranded in a magical desert kingdom with only your wits to keep you alive!


Uninvited and Shadowgate were brilliant horror adventure games that really involved you in the dark story while containing original classic features such as Take, Look, Open, Examine and so on. Items could also be used to solve certain puzzles, just like the typical adventure puzzle solving methods of the present with sometimes the end result of certain death. What makes Spectacular stand out on Itcho.io and worthy of a download however, is not only is it inspired by those games, but it will feature 100+ game screens, a save game feature, the passing of time between screens, puzzles and much much more.