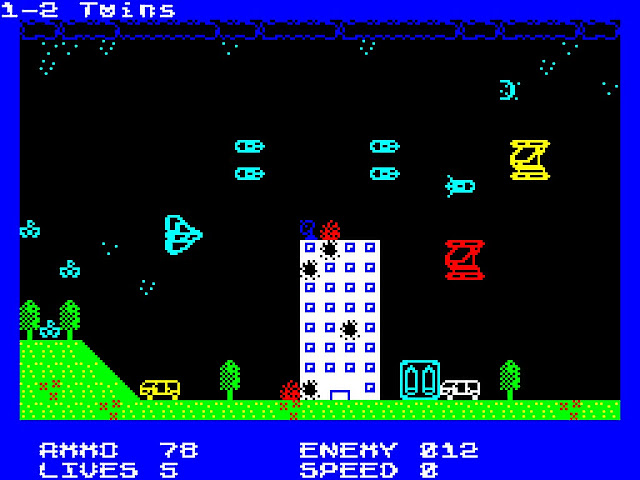 Moving away from the platformers and top down Arcade games, as we now look towards a decent shoot em up for our ZX Spectrum wave blasting fun, as another game was featured in the Yandex competition and that game was 'Bullet Storm' developed by VolatiL (team). Unlike other shoot em ups we've featured before, this one is a horizontal shootemup without scrolling, with a lot of action and a little bit of strategy.

In this game you must blast away multiple enemies on the screen to pass the level to protect the Earth set in 1984 from an Alien invasion. The game not only features different enemy types and animation, but as an added feature to the game, you can also collect power ups to give you the edge and to power charge your weapons as ammo is limited.... If the game interests you and you like a bit of strategy to your shoot em up gameplay, you can download the game linked (HERE).