Lode Runner - Another classic that is also coming to the Oric via Team Raxiss! 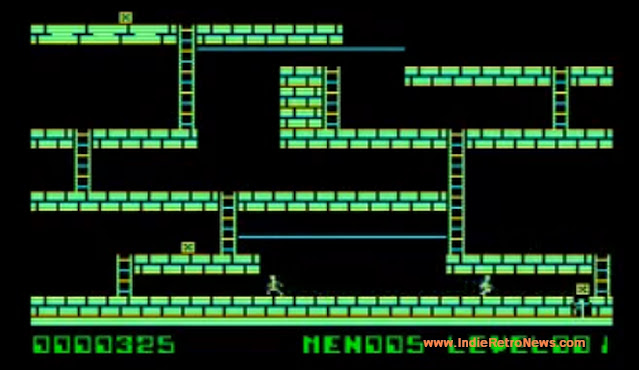 One game I remember so fondly, was the 1980's classic Lode Runner. It was a game I used to play on a original monochrome Macintosh for many hours in a darkened room away from the outside world. It was actually published by Brøderbund in 1983 and appeared on so many systems, it would be easy enough even now to find a copy on a choice of computer. Thankfully if you have an Oric however, and wanted to play this fine game, you'll be pleased to know Team Raxiss is working on a port just for you!

Just as in the other games in the series you play as a little guy that must collect all the gold on the level to move on to the next. What makes this game so damn fun apart from all the running about and climbing ladders, is being able to dig into the ground and watching your enemies fall into a hole. Be careful though, if you don't time it right and the hole doesn't close up, that enemy will climb out and be another thorn in your side.

Some technical data for the upcoming release: