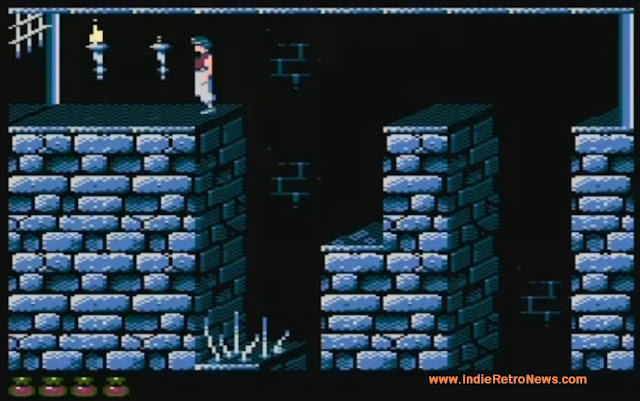 It's a hot one outside but who cares as the news of today is, we have just been told that the all time classic platformer of 'Prince of Persia' is not only still coming to the Atari XL/XE thanks to the hard work of Rensoup, but as of this week has been shown off once more with another video work in progress update that includes a rather large 9 level playable demo. This game was originally released in 1989 by Brøderbund for multiple systems and featured lots of well designed platforming levels and extreme danger, as you must be careful not to fall through loose floors, get hit by sword wielding guards, crushed by gates or at worst skewered in blood on deadly spikes.

Currently we don't know when the game will be finished so it could be awhile yet, but from the latest released video above. The developer has said the graphics have been ripped out from the BBC code, featured optimizations, as well as working in a virtual environment, learning the Atari HW, and doing various improvements such as PMG masking, a customization menu, new skeletons and a fat guard by TIX, more tunes by Miker , music by VinsCool and new SFX by Emkay.