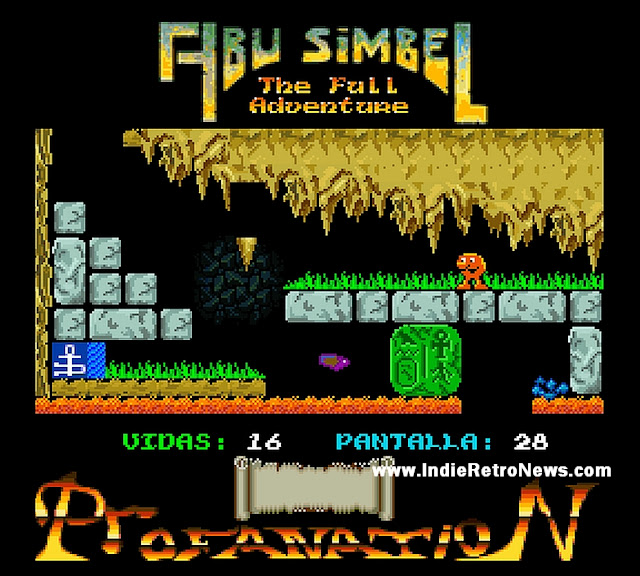 Prepare to scream profanity at your keyboard because one of the "most difficult games of Spanish Software History" has been released on the Amiga as a full conversion by S0Y who has used the Amiga game creation software of Redpill. Abu Simbel Profanation was the third in the Johnny Jones Saga and was released in 1985 for Spectrum, Amstrad CPC and MSX. The game was developed by Victor Ruiz and released by Dinamic Software in Spain (and Gremlin Graphics throughout the rest of Europe). 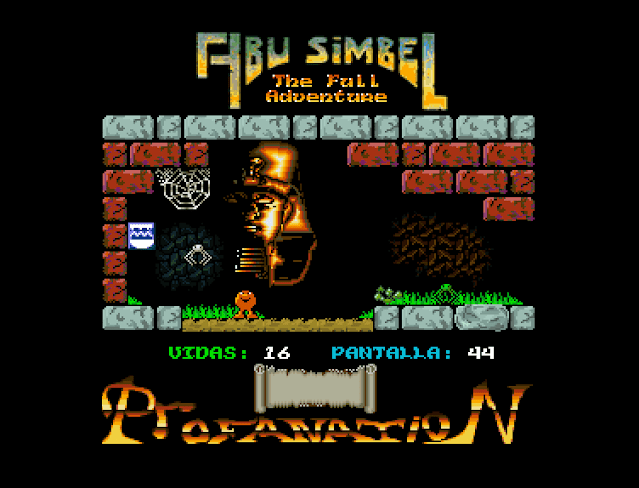 According to the creator not only has he developed the game with RedPill, which is based on the graphic set of the IOS version (improving the dither theme and adding some new ones), and adding new animations. But the sounds are taken from that version, the music is totally original, the game is based on the feeling of the MSX version, including accurate as possible enemies, and requires an Amiga AGA with 2 MB of FastMem for ADF, Amiga AGA with 4 MB of FastMem for WHDLOAD, and finally CPU 68030/50 or higher.

Video Link for Mobile Users
As Johnny Jones, you must explore the tomb of Abu Simbel and rid yourself of the Pharaoh's curse. Similar to Manic Miner, the game is a static multi screen platformer with various traps, moving enemies, keys and doors to unlock to progress. You'll be ripping your hair out in frustration at times, as a wrong move can lead you to lose not just one of your 9 lives but all of them, as you could spawn over a moving enemy which will repeatedly kill you, or above spikes which you'll fall onto over an over again.... So yes it was a very frustrating game back in the day!
Links :1) Discussion  2) Website
Labels: Abu Simbel, Abu Simbel Profanation The Full Adventure, Amiga, Commodore Amiga, GAMES, Retro Gaming, Retrogaming