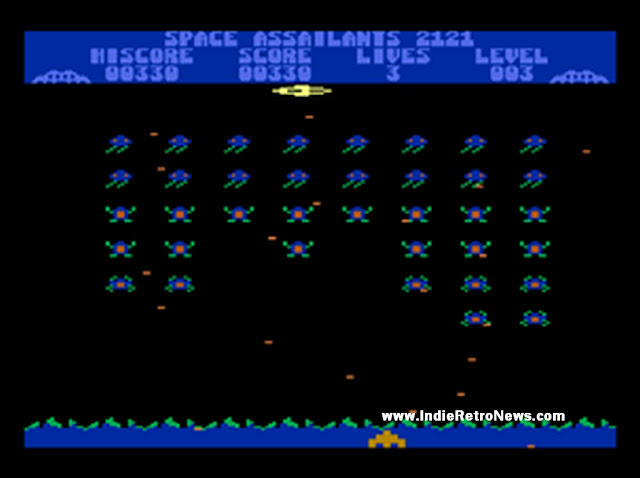 We've seen lots of Space Invader variants over the years from Sprite Invaders on the C64, to our personal favorite from Pink/Abyss 'Tiny Invaders' on the Amiga. Well another Atari homebrew variation of Space Invaders has just appeared, and this one by Anschuetz is called ' Space Assailants 2121'; An Arcade like release which pits you against waves of Aliens avoiding all of the scrolling stars instead of dodging missiles shot by the Aliens themselves.