Asteroids RX - A from scratch conversion of two classic Atari games for the ZX Spectrum & Spectrum Next! 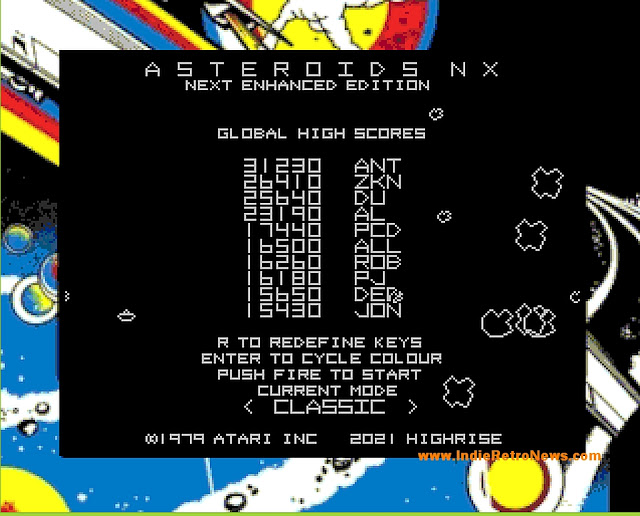 Does anyone remember the Asteroids game from 1979 whereby destroying as many asteroids as possible and gaining a high score was the aim of the game? Well if you do remember it and want to play a really fine version of it on the ZX Spectrum, then make sure to check out highriser's latest speccy release of 'Asteroids RX'; a 'from scratch' conversion of two classic Atari games, Asteroids and Asteroids Deluxe for the 48k,128k and a version with Spectrum Next enhancements that are included.

According to Allan Turvey who coded this game in 100% machine code in his bedroom, not only did he make this game in dedication to Sir Clive Sinclair, the man who made it possible for all the Spectrum owners out there, and who sadly passed away just a few days before the release. But Asteroids RX was chosen in a poll by his own supporters on Patron as a game for him to convert to the glorious speccy. So there you have it, if you loved playing the two classic Asteroids and Asteroids Deluxe games, you owe it to yourself to play Asteroids RX.