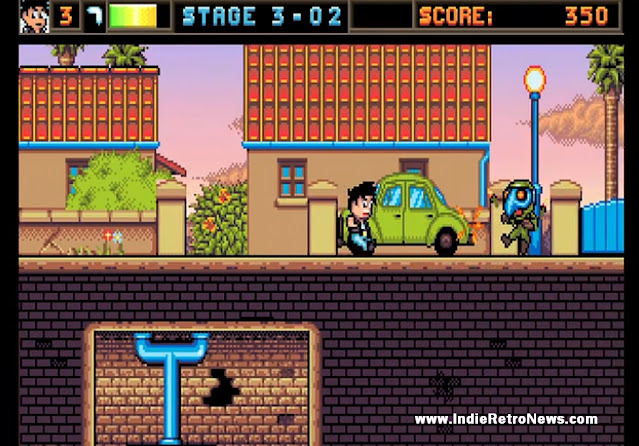 Yet another retro gaming news announcement has just appeared in our inbox for a Monday heads up, as as we've recently been informed through the EAB forums from Colin Vella, that the eagerly awaited Amiga game of 'Super Metal Hero'; a kickass new Amiga game that is being coded in Blitz Basic by Colin Vella, graphics by Tenshu, Music by JMD and publishing by Double Sided Games, has just got another video tease giving us a further glimpse at the enemies and stages found in the game.

Although the footage shown above or linked here is still in a development stage and we are still not sure of a release date. Already we can see the game has come along way since its first showing, as not only has the team behind the game been optimizing it to work on a stock Amiga 1200, but the game includes player transformation, new enemy types, new levels, moving platforms, bonus pick ups, and blasting firepower that can even smash through difficult containers.